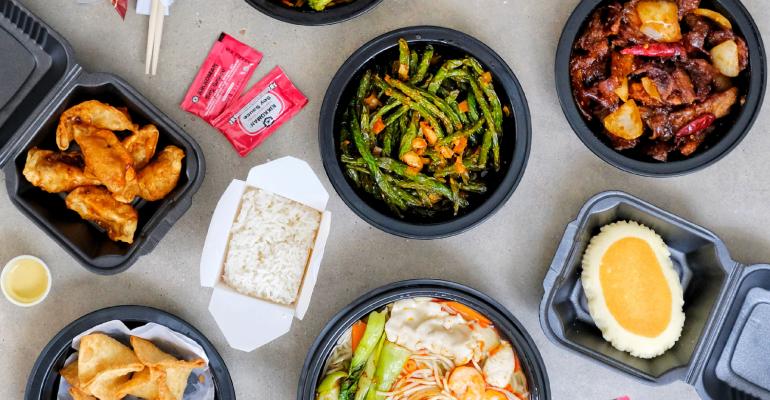 When Chinese food first came to America in the 19th century, Chinese immigrants tweaked the cuisine of their homeland to appeal to Western palates: adding sugar and salt and deep-frying traditional dishes that had been popular in mainly the Cantonese region of China.

Now, more than a century later, many non-Chinese Americans still associate Chinese cuisine with red-and-white takeout boxes overflowing with kung pao chicken and beef with broccoli. But as the older generation of Chinese immigrants that popularized Americanized Chinese takeout begin to retire, a new generation of entrepreneurs is taking over, opening technology-forward Chinese restaurant brands that appeal to an expanded Western palate.

But the transition to a new era of Chinese takeout has been particularly challenging in 2020, which began with Chinese restaurants being wrongly associated with the coronavirus, which some people saw as inherently racist. According to a study from data subscription service Womply, 59% of Chinese restaurants had closed in America by mid-April. In New York City's Chinatown specifically, an estimated 40 restaurants were still open in April, compared with 270 pre-pandemic, according to Wellington Chen, executive director of the New York City Chinatown partnership. 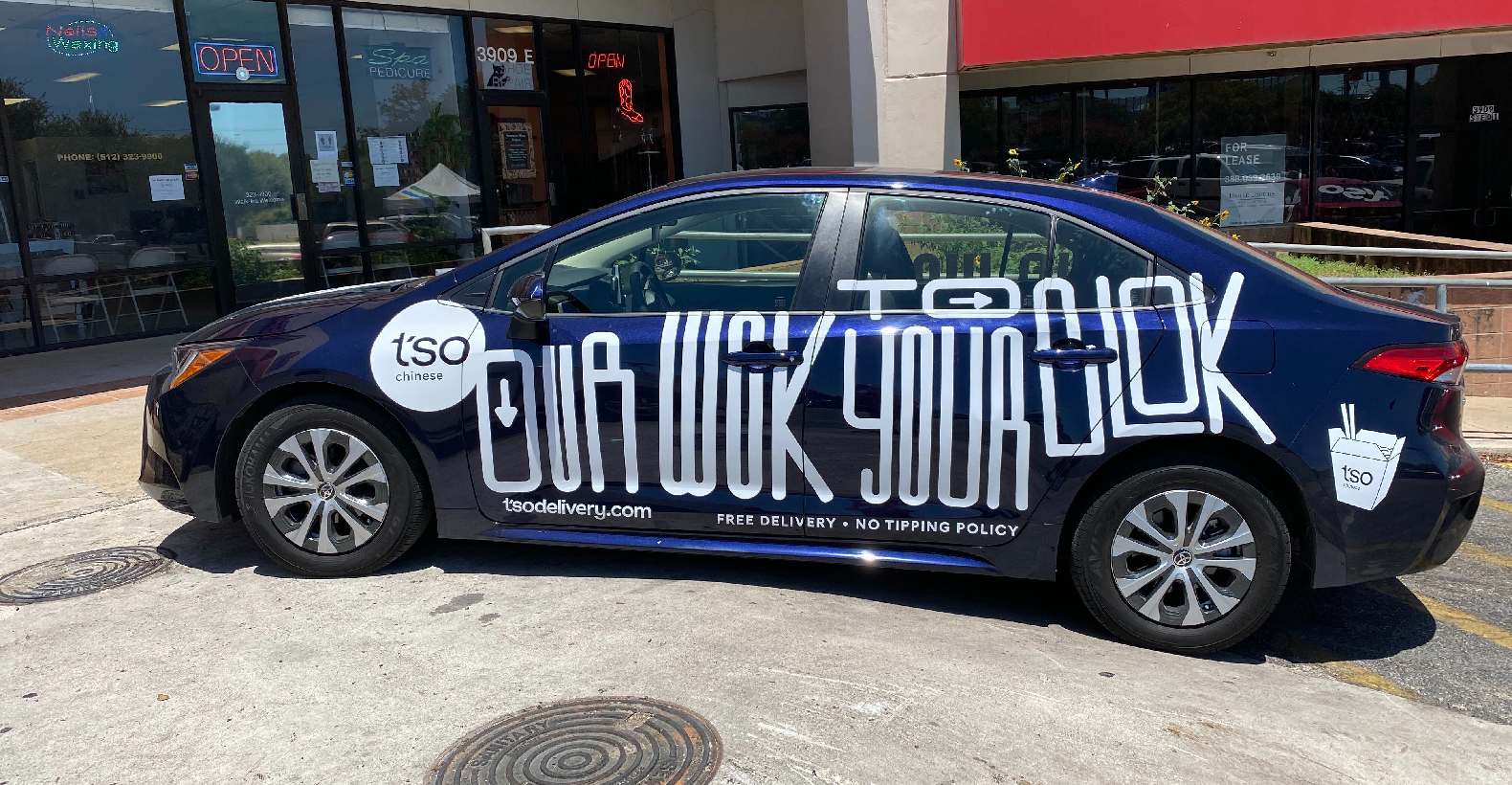 However, as the pandemic continued on, all corners of the restaurant industry began to suffer. And as restaurants overall turned to off-premise to make up for lost dine-in sales, two operators saw an opportunity to modernize Chinese-American cuisine and capitalize on its long history as a delivery product. Tso Chinese Delivery is a technology platform and growing Chinese takeout concept in Austin, Texas and Junzi Kitchen is a New York City-based fast-casual concept with big plans to revitalize the tradition of delivery-focused Chinese cuisine.

Tso Chinese Delivery is an Austin-based, two-unit Chinese restaurant that first opened in 2017 with an in-house delivery platform and plans to expand their concept regionally — and eventually nationally — thanks in part to a $2 million seed funding round that came through in March with notable investments from Walter Robb, former co-CEO of Whole Foods; Brett Hurt, co-founder of e-commerce technology company, Bazaarvoice; and Brian Spaly, founder of Bonobos and Trunk Club.

Min Choe, the founder of Tso Chinese Delivery was inspired by the success of pizza delivery chains like Domino’s in his plan to revitalize an industry segment in transition using delivery technology.

“Who started Chinese food restaurants? Mostly immigrant parents, and they were in the restaurant industry because they want to provide for their family; the last thing on their mind is to pass the business onto their children,” said Choe. “We’re operating at a time when Asian cuisine is at its most explosive. Chinese cuisine is known by everyone, but no one is performing in the delivery technology sector. We took a lot of what we know in pizza world and found our nuances before Tso Chinese Delivery was born.”

Choe is Korean-American, but he thinks that “anyone should have the right” to open a Chinese restaurant and his background does not change the intent or “authenticity” of their restaurant.

“There is some of that stigma for us because we’re taking [the restaurant] in a slightly different direction than is typical,” Choe said. “But I think we can create the same kind of dishes and be authentically Chinese-American.” 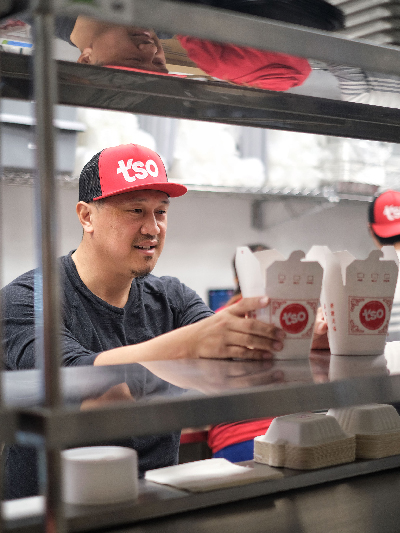 But for Choe, investing in their restaurants’ technology is just as important as investing in real crab meat for their crab rangoon. He said that he has learned a lot from national pizza chains like Domino’s that prioritize their technology platform just as much as the food they create.

“Chinese food delivers just as well as pizza,” Choe said, adding that they own the entire vertical chain of their in-house delivery platform, which launched with the opening of their restaurant, including their own fleet of cars and delivery drivers.

Tso has its own software development team that has been involved with the company since day one. Currently, they are building a kiosk system so people can quickly walk in and order without standing in line, and they are also implementing an artificial intelligence dispatching system that automatically dispatches food orders to the kitchen to cut down on wait and delivery times.

Tso Chinese Delivery already has a third location opening in South Austin later in 2020, with two more locations in the works for Austin. But besides physical expansion, they are looking into turning their delivery platform into a software licensing business for small restaurants that want to wean off third-party delivery, though he would not divulge further details.

Choe also emphasized the importance of progressive company policies for his restaurants, which always offer free delivery and have a strict no-tipping policy.

“It was important our employees knew that great customer service was expected, and their behavior will never and can not be incentivized by the allure of a tip,” Choe said. “[…] Today, our wages are the single most expensive line item on our financial statement, and we’re proud of it.” 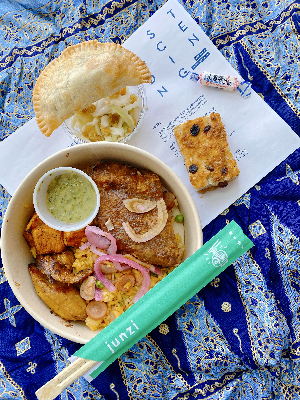 In New York City, the five-unit Junzi Kitchen is part of the “new wave” of Chinese-American concepts rooted in heritage but with an eye to the future, touting brightly colored rice and noodle bowls and lunch hour-friendly Chun Bings (Chinese wraps).

During the height of the pandemic, suffering from an initial decline in sales, Junzi closed its fifth location — a delivery-only ghost kitchen — and focused on delivering meals to frontline workers, along with their weekly dining programs that celebrated a different Asian cuisine each week.

Starting at the end of June, one of the popup experiments Junzi tried was called “Nice Day Chinese,” an ode to “old-school New York Chinese takeout joints” with a simple menu of egg drop soup, fried rice, dumplings and Chinese wings.

“We’re far away from what traditional Chinese food is,” Junzi Kitchen CEO Yong Zhao said. “It’s our opportunity to reveal what happened to this food and our responsibility to continue that legacy. […] This is our cultural tribute to Chinese takeout.”

As many “old-school” Chinese takeout restaurants close across America, Zhao sees the end of an era and the beginning of a new one. 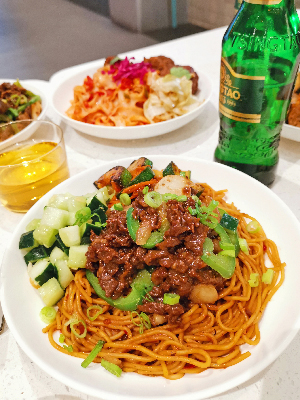 “Chinese food in America was very stereotypical and you see it on every corner in every city: the beef with broccoli, etc. not unlike the classic American pizzeria,” Zhao said. “Single-family mom-and-pop stores are closing as families retire. […] Chinese immigrants came to America to pursue a better life and opened up restaurants to do that. Now, Chinese immigrants come to America with the idea of pursuing higher education and higher-level jobs and the next generation does not want to take over their parents’ restaurants.”

That is how Zhao came up with the idea of expanding his popup shop nationally. He said that they are in talks with owners of Chinese takeout restaurants in different regions across the country to purchase their restaurant and convert them into Nice Day Chinese locations.

Although they have not committed to any brick-and-mortar locations yet, they are speaking with several prospective restaurant owners (many of whom would have retired or shut down their Chinese takeout restaurants if they did not sell their location to Junzi Kitchen and Nice Day Chinese). Zhao said he thinks the brand has the potential to become a national chain with thousands of locations, and their first location in New York City is a test run to see how the brand resonates with customers.

“Among traditional Chinese takeout restaurants, there is no brand differentiation,” Zhao said. “We want to help with that. We don’t want there to be a lack of transparency or trust. We want to help create a new generation, or [we are afraid that] the Chinese-American restaurant model will die.”

For Zhao, that means keeping core menu items that people are familiar with like sweet-and-sour chicken and dumplings because they are part of the “classic American experience of Chinese cuisine,” while adding some Junzi Kitchen-style fusion recipes like Chinese-Korean and Chinese-Indian cuisine, as well as cuisine from different regions of China, like Cantonese beef noodles.

“We don’t say real or authentic versus fake Chinese food; American-Chinese takeout is real,” Zhao said. “We did not come here to revolutionize this culture; we’re here to push the Chinese takeout legacy to the future.”