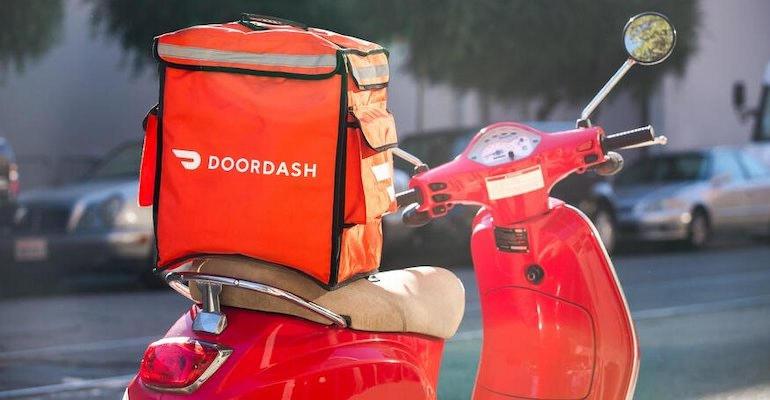 DoorDash
DoorDash said it has been working with delivery workers in New York City to better meet their needs.
Operations>Delivery & Takeout Solutions

Licensing program to dictate how third-party apps work with restaurants

Starting Monday, third-party food delivery apps will be required to have a license to operate in New York City and an estimated 65,000 gig workers — and the restaurants that rely on them —will have new protections.

The licensing requirement is part of a package of legislation adopted in the city last year that impacts third-party delivery providers and restaurants, though some of the new rules don’t go into effect until later this year.

“Delivery workers risked their lives and served as a lifeline to our city during the pandemic despite them being denied basic workers protections,” said Eric Adams, New York City’s mayor, in a statement. “With this legislation, we are taking a transformative step in protecting these essential workers, and also supporting our city’s restaurants, to ensure a fair and equitable recovery for all New Yorkers.”

In addition to the license mandate this week, the law caps the delivery fees the apps can charge restaurants at 15%, with transaction fees capped at 3% of the purchase price of each online order, and all other fees capped at a total of 5%, though a lawsuit challenging that fee cap is ongoing.

Other requirements under the bill include:

More requirements are coming in April.

Starting April 22, for example, third-party delivery apps will be required to allow delivery workers to set limitations on distances they will travel, or bridges and tunnels they are unwilling to use.  The third-party players will have to provide upfront disclosure to workers about the route, pay and tips; and workers must be paid at least once per week.

The apps will be prohibited from imposing any charges of fees to workers; and they must provide a free insulated delivery bag after six deliveries.

And starting in January 2023, delivery workers must be paid a new minimum wage that the city will set. The city Department of Consumer and Worker Protection is studying the issue to determine the new rate. Whatever the minimum rate is, it will not include tips.

The three leading third-party delivery providers on Monday said they have obtained licenses to operate in New York City and have made changes to meet the new standards.

A spokesman for Uber Eats, which includes Postmates and Drizzly, said their license was obtained Jan. 12, and the companies have been in compliance with the New York standards for years, including paying couriers weekly.

DoorDash pointed to efforts to better support “Dashers” in New York since 2020, including free personal protective equipment, financial support for those impacted by COVID, access to telehealth and safety services, and guidance on restroom access — as well as a transparent earnings structure.

The third-party app said New York Dashers earn an average of $33 per hour in Manhattan, including 100% of tips.

“We are constantly working to support Dashers and improve working conditions for all delivery workers, which is why we’ve rolled out a series of industry-leading efforts to support Dashers and workers like them,” said a spokesperson. “We are actively engaged with the Dasher community and eager to work with policymakers in New York City on ways we can best address their unique needs.”

Grubhub also expressed support for the new laws in a tweet and a spokesperson said the company is complying with all aspects — except the data requirement, which a spokesman said the city is not enforcing while it is being litigated. DoorDash reportedly sued in September arguing the data disclosure was a “shocking and invasive intrusion of consumers’ privacy.”