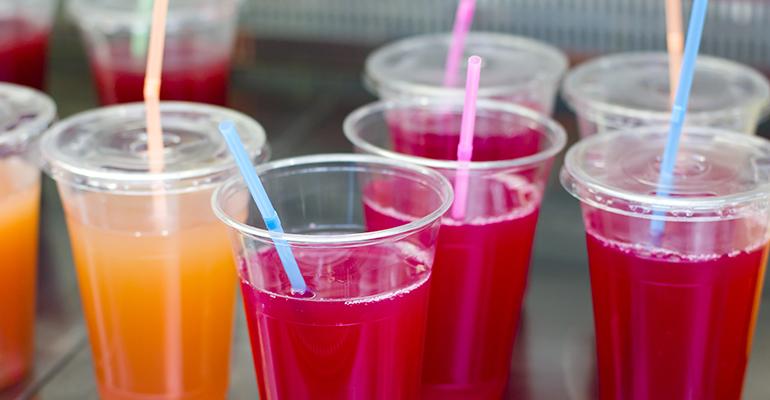 jen_i / iStock / Getty Images Plus
The coronavirus pandemic has evoked the most widespread changes in state alcohol beverage laws since Prohibition was repealed.
Operations>Delivery & Takeout Solutions

The coronavirus pandemic has evoked the most widespread changes in state alcohol beverage laws since Prohibition was repealed in 1933.

On Wednesday, for example, the Michigan Legislature approved HB 5811 to allow restaurants and bars in the state to sell cocktails to-go in sealed containers, sending the measure to Gov. Gretchen Whitmer. Other states, like Texas, were considering measures to extend or make permanent the temporary easing of alcohol beverage restrictions, instituted to help restaurants and bars during the COVID-19 shutdown.

Related: Bars and restaurants get creative with drink sales in the wake of coronavirus pandemic

“By approving cocktails to-go, the legislature is throwing a much-needed economic lifeline to Michigan restaurants and bars,” said David Wojnar, vice president of state government relations for the Washington, D.C.-based Distilled Spirits Council of the United States, in a statement.

Under the Michigan legislation, restaurants and bars would be able to sell cocktails to-go until Dec. 31, 2025.

Delivery from restaurants and/or bars
Infogram

Justin Winslow, president and CEO of the Michigan Restaurant & Lodging Association, earlier in June told the Associated Press that the measure would help the industry “adapt to a new reality.”

Winslow said more than 30 states have “cocktail-to-go” measures, a number that has quadrupled during the crisis.

“Even though some restaurants are reopening right now, delivery is a major part of their reality,” he said. “Curbside pickup is a major part of their reality and will be for the foreseeable future. We’re not going to go back to an era where dine-is is as predominant a percent of sales as it was. ... If you’re going to get tacos, why not get a mixed margarita to go with it?”

Texas is another state looking at making be alcohol beverages easier for restaurants to sell and for consumers to buy. (See accompanying map for a state-by-state look at beverage laws.)

The Texas Restaurant Association announced in a June 18 letter that it had submitted a proposal to Gov. Greg Abbott's office to expand the waiver that allows customers to get alcoholic drinks when they order food in the drive-thru or at curbside.

rAbbot on June 20 tweeted that “This has my support.”

This has my support!

Michigan, which already allowed bars and restaurants to sell unopened beer and wine to go, also would let locations with patios add seating or a bar to those areas without needing state or municipal regulatory approval through 2021.