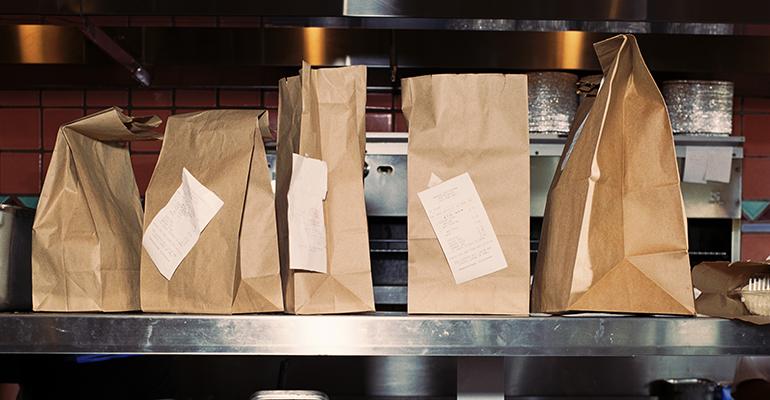 Paul Taylor / Stone
Consumer sentiment toward off-premise purchases, such as this curbside pickup at Chili's Grill & Bar, improved in late May, according to Black Box Intelligence.
Operations>Delivery & Takeout Solutions

Guest sentiment around off-premise restaurant offerings, which dipped as establishments began reopening in early May after coronavirus closures, have started to recover, according to Black Box Intelligence’s guest metrics.

The Dallas-based restaurant analytics company said in a report Thursday that “guest sentiment trends have started to recover as of week-ended May 24, with off-premise sentiment returning to similar levels as were seen in April.”

Black Box intelligence, which has been providing a weekly update since the onset of the COVID-19 pandemic in March, also noted that third-party delivery adoption has continued to increase for all age groups since the pandemic began.

“Gen Z has seen the most significant adoption rates, with over 14% of Gen Z consumers using 3PD to order from a restaurant since March 15 of this year,” the Black Box Consumer Intelligence division noted. Gen Z is generally applied to those born in the years between 1997 and 2012.

In the week ended May 17, same-store sales at full-service restaurants in Texas, Florida and Georgia — among the first states to ease coronavirus restrictions — were on average between 10 to 20 percentage points better than at the national level, said the company, which will release its “Restaurant Industry Snapshot” on June 4.