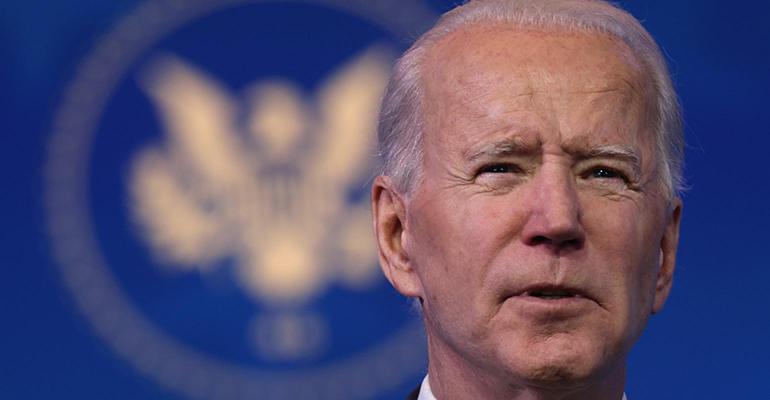 Alex Wong / Staff /Getty Images News
Biden will be addressing the nation with more detail on how this package will help America Thursday night.
Coronavirus

Stimulus checks are expected to start going out in the next few days, while the timeline on SBA grant applications for restaurants is unclear

President Biden signed the $1.9 trillion American Rescue Plan into law Thursday afternoon, which includes $1,400 stimulus checks for Americans with incomes under $75,000 (or $150,000 for households) and $28.6 billion in relief grants for small restaurants, but without the Democrat-backed $15 minimum wage. Stimulus checks are expected to begin rolling out over the next few days, while the timeline on when the Small Business Administration will begin accepting grant applications from restaurants is unclear.

The Senate’s changes from the original House bill include decreasing the unemployment benefits, as well as extending the deadline to Sept. 6. The bill also subsidizes 100% of COBRA insurance coverage for unemployed Americans, up from 85% that the House proposed.

The American Rescue Plan also includes the Restaurant Revitalization Fund, which now will provide $28.6 billion in debt-free relief for small and mid-sized restaurants and is based on the original $109 billion RESTAURANTS Act passed by the House last year. As we reported yesterday, The Small Business Administration will likely open up the Restaurant Revitalization Fund grant applications “within weeks, not months” of being signed into law.

Biden is expected to address the country in his first Oval Office address Thursday night at 8 pm EST.