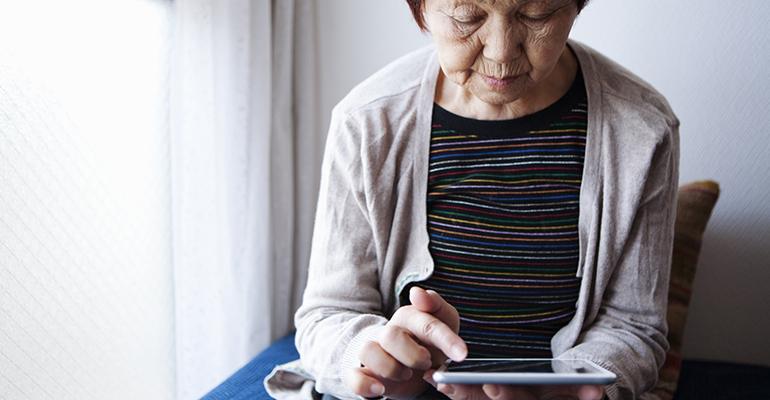 Kohei Hara / Stone
According to a Pew Research Study, 73% of adults 65 and older are Internet users, up from just 14% in 2000.
Trends>Consumer Trends

The coronavirus pandemic has driven many changes in consumer behavior, and among the most impactful is the rapid rise in using technology to order from a restaurant. Perhaps no consumer group has raced toward digital more quickly during this period than older Americans.

According to global market research firm The NPD Group, the percent of restaurant traffic sourced to digital increased from 5% in January 2020 to 13% in June 2020. Digital orders increased by 135% in June compared to a year ago.

“We’ve seen this not just in food, but across the economy,” said David Portalatin, NPD’s vice president, food industry advisor. “Older Americans are learning e-commerce because they find themselves vulnerable.”

Clearly the growth in digital ordering overall was accelerated by the mandated dine-in closures that occurred across the country beginning in March. For older adults, an at-risk group, safety and convenience were also among the motivations to move them toward digital ordering.

The pandemic may have hyper-accelerated seniors’ use of e-commerce, but older adults have been increasingly embracing technology in the last two decades. According to the Pew Research Center, 73% of adults 65 and older are Internet users, up from just 14% in 2000. More than half of people 65 and older are now smartphone owners.

When digital ordering, a growing number of consumers, including older adults, are increasingly accessing restaurants through third-party aggregators. Use of these third-party services has doubled since the pandemic began, NPD found, with 54% of March, April and May buyers not having used them in the prior six months.

“[Adults 65 and older] are the ones who weren’t even ordering digital before,” said Portalatin. “So we’re bringing a lot of new people along here.”

They may be new to digital ordering, but when it comes to where and what they order, seniors are behaving similarly to other generations.

“This reflects a lesser willingness to dine on-premise,” said Portalatin.

When it comes to the foods they order, older adults are gravitating to many of the same foods as the rest of the population, NPD found. The categories that had the most menu importance for this group in June looked similar to those important to other generations: burgers, fries, Mexican items, sandwiches and pizza.

Though the pandemic fast-tracked seniors’ adoption of digital ordering, experts forecast these new habits are likely to stay with them long after lockdown is over.

“As we have new people who develop these capabilities, we’ve stretched, we’ve grown. We will keep using those muscles even after the virus is behind us,” said Portalatin. “There will be motivations to continue this behavior.”