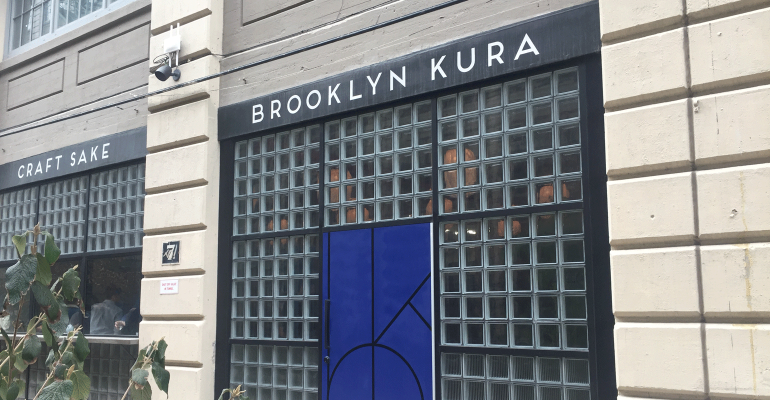 Kruse/Thorn: The wacky wonders of the restaurant industry You and I often go toe-to-toe on issues of import to the restaurant industry, Bret, as with our exchanges on the firestorm surrounding GMOs, say, or last month’s discussion of comparative advertising. But if it’s okay with you, this time around I’d like to forego the gravitas in favor of sharing some creative ideas and innovations that have caught my fancy — frankly, because they make me smile.

In other words, I propose that we take a time out, which is a sneaky segue to a winning pair of promotions aimed at exasperated parents. The first is Domino’s online baby registry, through which one can order pizza packages to soothe the savage breast of “hormonal and hangry” new parents too pooped to pop a meal in the oven. The program promises to make it easy to enjoy pizza starting at the baby shower right through the big delivery — by which I assume they’re referring to the kid and not the pizza — and beyond. There are gifts, too, like pizza-imprinted swaddling, rattles and a grammatically challenged onesie that reads “Daddy Loves Me More Than Pizza.”

Then there’s the wonderful children’s menu, dubbed Kid Friendlies, at Fager’s Island Restaurant & Bar in Ocean City, Md., which translates cranky kids’ whines into menu items. For example, if when asked what he or she wants, the answer is “I don’t know,” parents are directed to the Triple Layer PB&J Sandwich. If the reply is “I’m not hungry,” then the basket of Chicken Tenders is the way to go. And if the little one protests “I don’t want that,” then Kids Fries is the winning ticket, apparently proving that French fries have the power to prevent the dreaded moppet meltdown.

In the fun-foods department, I’m taken by the Spaghetti Cone on offer at Spaghetti Incident in New York City, where both the pasta and the toppings of choice are stuffed into a cone. This provides ease of consumption and answers the age-old question of whether it’s possible to walk and eat spaghetti at the same time. And, of course, the operation gets bonus points for its name, which is taken from a Guns N’ Roses studio album from the early ’90s.

You know that I’m a sucker for puns, Bret, so I believe there’s a special place in heaven for the genius who created the Brat Stickers at Freiburg Gastropub in Madison, Wis. The bratwurst is taken out of its casing, mixed with other ingredients and stuffed into a ravioli sheet to create a fusion trifecta, in which Germany meets Italy meets China, all with a dollop of mustard on top. By the way, the story in that city’s The Cap Times which reported on this global mashup had the pun-tastic title “It was the best of times, it was the wurst of times.”

Every year the Consumer Electronics Show stirs things up in Las Vegas with its smorgasbord of cutting-edge technology, which typically includes gizmos and gadgets that aim to enhance the consumption of food and drink. Notable this year were the beer-delivery robot meant for home use, which I think would pair nicely with the Bluetooth speaker with a built-in bottle opener. But the product that really grabbed my attention was the miniature countertop dishwasher that reflects the current less-is-more, tiny-living craze. It only washes two place settings at a time, but importantly, it doubles as a seafood cooker. Yes, I’m aware that this gives new meaning to the notion of clean foods, and no, I don’t know how it prevents your tuna from tasting like dish detergent.

Finally, and in a category all by itself is Bob Bob Ricard in London, England. It boasts a luxurious dining room and a menu that mixes Russian with English cuisine, which might signal the worst of all possible culinary combinations, but in the hands of the Michelin-starred chef actually means nifty treats like Champagne and Truffle Humble Pie.

Humble pie aside, though, Bob Bob Ricard boasts two very smart ideas. The first is an off-peak and mid-peak pricing strategy, a concept borrowed from the ride-share folks, in which menu pricing is based on time and day of visit. Off-peak pricing at, say, Monday lunch is 25 percent lower than at primetime Saturday evening, while the mid-peak rate is about 15 percent below the regular tariff.

Even more interesting to me is that each and every table in the place has a call button for champagne, meaning that the bubbles in your glass need never go flat. The just-in-time refill arrives at the simple press of a button, and the restaurant reports that as a result all that butto2n pressing, it sells more champagne than any other restaurant in the United Kingdom.

I’d like to conclude with an observation and two questions. The observation is that, while all of these initiatives tickle my funny bone, they are more than mere throw-aways. Each actually addresses a consumer need in an original, if sometimes wacky, fashion. It seems to me that this chuckle-inducing approach is just what’s required to break through the clutter and induce the consumers to step away from their cell phones.

And my questions are, first, what have you seen recently that amused or amazed you? And more critically, Bret, how soon can we book a boondoggle to Bob Bob? Nancy, you don’t have to go to the United Kingdom for Champagne on demand. Here in New York City, near Union Square, there’s a beautiful cocktail lounge named Dear Irving where each table is outfitted with a button that summons a server to take your drink order. It’s not quite as precise — detractors might say as gimmicky — as the “this-button-means-Champagne” scenario that you describe, but the effect is basically the same. Let the servers know that you’re drinking Champagne and I’m sure they’ll happily return with it at your signal.

I still remember the Philly Cheese Skate that chef Christopher Lee put on the menu at Striped Bass in Philadelphia, and he did that nearly a decade ago. Striped Bass has long-since closed and Lee now works for the Barcelona Restaurant Group as culinary director. Barcelona Wine Bar’s Philadelphia location doesn’t have a cheese skate (a cursory Internet search indicates that no one does), but it does have a Drunken Goat, a clever name for goat-milk cheese soaked in wine.

I like the whole-animal salumeria in Brooklyn, N.Y., called Ends Meat, not because of the tortured pun that is its name, but because I can’t stop thinking about their Pork Pâté and Bacon sandwich, which also had Mortadella, kimchi, cilantro, red onions and mayonnaise. It was sort of a Brooklyn bánh mì, on hearty bread with a thin, crunchy crust and soft interior that was exactly what I wanted for that kind of sandwich. It took the tattooed, ear-loop wearing staff what seemed like forever to make it, and it was priced at $12, but it was the best sandwich I’ve had in about three years.

Not far from there is New York City’s first sake brew-pub, the recently opened Brooklyn Kura. It’s a clever name: A sakakura (or sakagura) is a place where sake is brewed and/or stored. The name aside, Brooklyn Kura has a unique offering of different sakes made in-house from rice grown in California and Arkansas and polished in California and Minnesota. Time will tell if demand is sufficient to match their supply, but I certainly respect their pluck.

I also liked the “pig cookies” that Glazer made note of at Blue Smoke in New York City, where kids are given a raw pig-shaped cookie to decorate at the beginning of the meal. Then the cookie is baked and served for dessert.

But there are so many stunning things going on in restaurants these days that I often forget to even notice.

Last week I had dinner at Bellwether, a brand-new restaurant in the Queens neighborhood of Long Island City, N.Y., where the rolls come with house-made goat-milk butter.

Not too long ago, house-made butter would have been extraordinary. Now it’s not exactly normal, but it’s not uncommon, either, even if it’s made with house-fermented butter culture, which is what they’ve been doing at Lazy Bear in San Francisco for several years now.

Speaking of which, in-house pickling used to make headlines. It was the trend of, what, 2011? Now Chili’s and Applebee’s do it. In independent restaurants it’s all but expected these days.

Restaurants are milling their own flour, growing their own mushrooms. Chef and restaurateur Dan Barber of Blue Hill is even developing his own seeds. For his new company, Row 7, he’s working with plant breeders to develop vegetables that have characteristics they’re often bred for, such as high yield and disease resistance, but also, and primarily, for something Barber said breeders aren’t usually asked to consider: Flavor.

There’s a lot of cool stuff out there, Nancy, and I’m looking forward to seeing what restaurant operators come up with next.