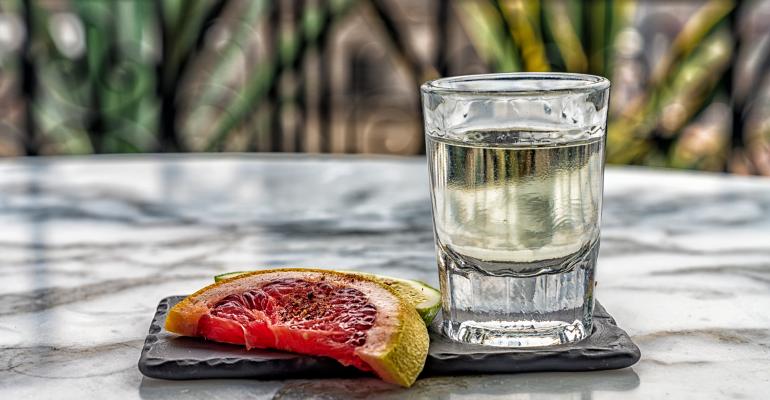 Mezcal is a spirit that, like much better known tequila, is derived from the agave plant. Also like tequila, it’s native to Mexico where it has been enjoyed for centuries.

Mezcal can be produced in seven different Mexican states, and while many types of agave can be used to make it, it is mostly made from five different species, and close to 90% is made from the Oaxacan variety  Espadin. The producers’ selection of agave variety, combined with differences in terroir and production methods, result in a variety of different expressions of the spirit, which is often, but not always, smoky due to the roasting of agave fruit in wood-fired pits.

Market research firm Datassential reports that mezcal can be found on 11% of menus, up 60 percent over the past four years. Forty five percent of the population knows about it but only 20 percent have tried it. Awareness is highest among Boomers, Hispanic, western, and male consumers.

Click through the gallery to learn more about this Flavor of the Week and see how one chain is using mezcal on its menu.