Flavor of the week: Plant-based chicken 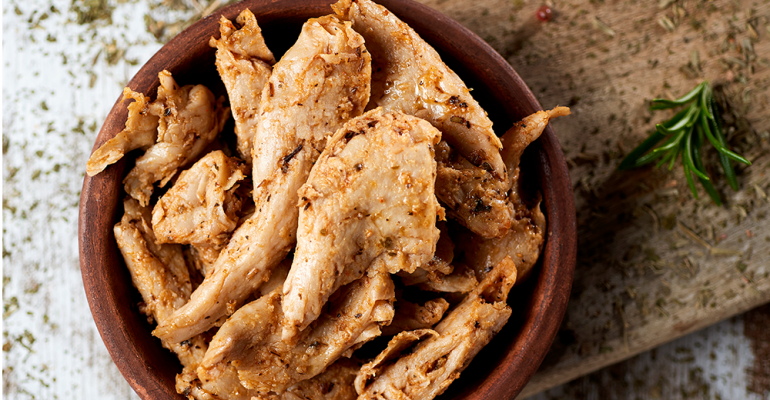 The rise of plant-based chicken is yet another phase in the food industry-shifting plant-based movement, after plant-based beef burst onto menus and retail shelves several years ago.

“Plant-based” is, of course, a less politically charged way of saying vegan, or made without any animal products.

Actual chicken is already gentler on the environment than beef, and the nutritional benefits of plant-based protein compared to meat are often unclear, so the upside of animal-free chicken is less obvious except that no chickens are harmed in its production.

Nonetheless, plant-based chicken has gained considerable traction, and the marketplace is becoming increasingly crowded with new products that are being launched this year. Although currently found on 1.3% of menus in the United States, that has grown by 62% over the past four years, according to market research firm Datassential.

That firm also reports that 57% of the U.S. population knows about it and 26% have tried it.

Click through the gallery to learn more about this Flavor of the Week and see how one restaurant is using it on the menu.