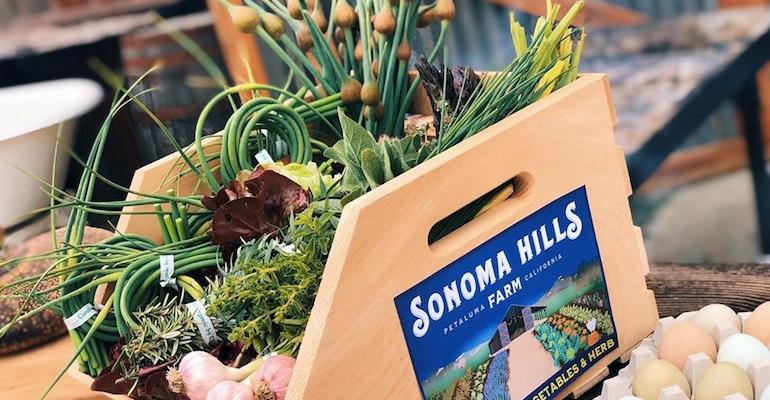 Aaron Keefer, the former head culinary farmer for the Thomas Keller Restaurant Group, is taking a big step into the world of legal cannabis as the new vice president of cultivation and production for Sonoma Hills Farm, the company said Wednesday. With the move, Sonoma Hills Farm plans to develop a premium “craft cannabis” positioned for discerning users, which Keefer hopes will at some point include high-end restaurants.

The nascent legal cannabis industry has been growing in somewhat of a parallel universe aside the restaurant industry because of laws that forbid cannabis consumption in public spaces — except in a tiny enclave of West Hollywood, Calif.

Keefer, however — whose name implies a certain fate as a defender of cannabis — is poised to bridge the gap between the two industries.

“The elephant in the room, of course, is that cannabis has been part of the restaurant industry for a long time,” as anyone who has tried marijuana and pizza together can attest, Keefer said in an interview.

“We’ve paired wine with food for a long time, and cigars are a wonderful digestif, and you can enjoy a cigar selection in restaurants. Why not cannabis?” he added.

Keefer envisions a world in which restaurants might someday incorporate cannabis into the dining experience, though the culinary farmer is not a fan of putting cannabis in food.

“The flavor is so strong, you don’t want to overdo it,” he said. “But as a light edible, or a tincture that could infuse an appetizer, something that enhances the meal, rather than something that could get you wasted.”

Or following the cigar model, perhaps offering it before a meal in a separate room with appropriate air filtering, he said.

Keefer also sees the potential for a place like Sonoma County, hard-core wine country, to cultivate a cannabis tourism industry at some point — though that’s not currently possible because of legal restrictions, and some in the wine industry don’t like the idea because people who partake in cannabis tend to drink less.

Still, Keefer sees an opportunity to develop this crafted cannabis niche, borrowing from the high-end culinary farming world he knows well to build a “world-class facility to grow connoisseur-level cannabis.”

Last year, Sonoma Hills Farm was granted a one-acre conditional-use permit to grow cannabis in Sonoma County. The first harvest is planned for this year, and by 2021, a branded cannabis product — both flower and edibles — will be available in California.

Keefer, who has been an advisor to the farm since 2018, is also developing a smaller culinary garden and orchard at the farm to model how cannabis cultivation can be “integrated in a farm-to-table lifestyle.”

Sam Magruder, partner in Sonoma Hills Farm, said in a statement, “We’ve always intended to be a beacon for the industry, and to lead in bringing craft cannabis to the farm-to-table lifestyle. … Just as a highly tended garden produces the best crops, and a well-managed vineyard is crucial to crafting a fine wine, the best cannabis is reliant upon the people that nurture it from seed to shelf. There’s no better person to cultivate and produce this cannabis than Aaron.”

Keefer said he’s been growing marijuana since he was 15. (His mother once had him arrested to teach him a lesson. It didn’t work.) He graduated from the Culinary Institute of America and worked with Bay Area chefs such as Julian Serrano and Michael Chiarello, later becoming director of food and beverage at Marin Country Club, before joining The French Laundry Culinary Garden, raising food that would end up on the fine-dining group’s tables. 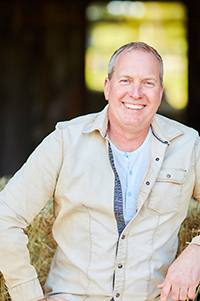 Described as an advocate for sustainable farming practices, Keefer, left, said the farm will also include animals and other plants like grains, which he hopes to develop in collaboration with specialty beer makers. (Hops are a plant cousin to marijuana, he noted.)

“It’s the newest legal intoxicant,” said Keefer, and it’s one that has attracted a “level of geeking out” that is similar to that of wine, whisky, mescal or cigars.

“At the end of the day, the marijuana business is going to be a lot of fun,” he said, “just like the restaurant and the wine industry.”