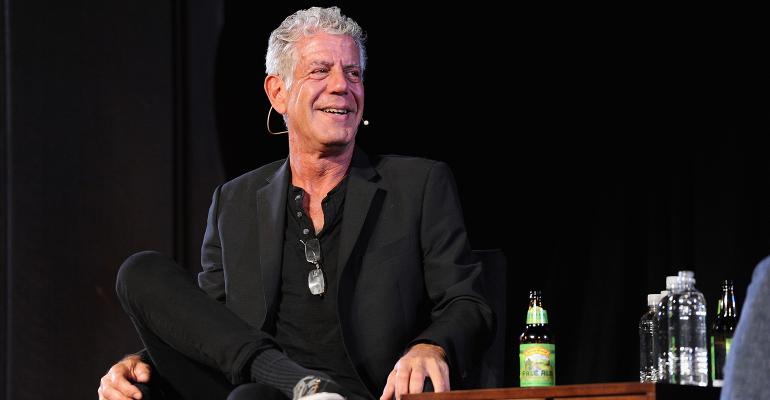 Teaming up to fight food waste

Anthony Bourdain and chef Danny Bowien are boosting their efforts to fight food waste after releasing a film last year on the subject.

“Wasted: The Story of Food Waste” premiered last year at the Tribeca Film Festival in New York City, and the pair recently appeared in a Times Talks conversation hosted by the New York Times.

Bourdain indicated that he wants to be a leader in reducing food waste, and he’ll use a variety of methods.

“Do not underestimate the value of shame,” he said onstage during the talk.

According to the Food and Agriculture Organization of the United Nations, or FAO, a third of food produced for human consumption is wasted globally, amounting to about 1.3 billion tons annually. Additionally, food is wasted or lost throughout the entire production and consumption cycle.

The FAO estimated the carbon footprint of annual food waste at 3.3 billion tons of carbon dioxide. The dollar amount of food waste, excluding fish and seafood, is $750 billion annually.