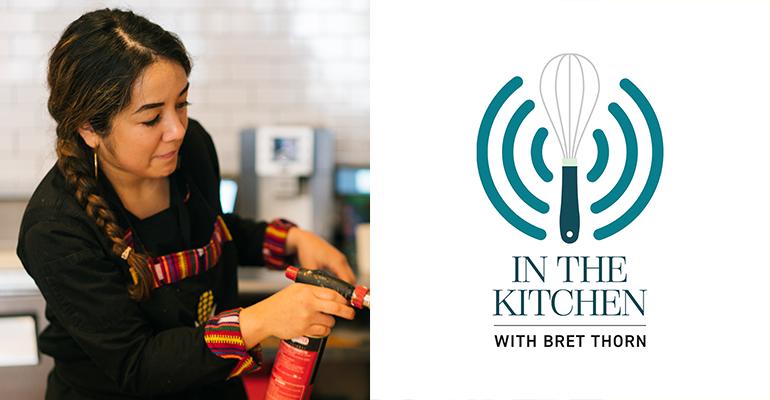 Listen to this podcast on Spotify, Apple Podcasts or SoundCloud.

Like many people who don’t understand the restaurant business, Sofia Deleon used to think it would be fun to open a restaurant when she retired.

But once she started working on a pop-up restaurant featuring Central American food, she realized that wasn’t a great idea.

“I’m probably not going to have enough energy to run a restaurant when I retire, because I’ll be standing all day,” she said.

Besides, when she opened El Merkury in the middle of Philadelphia in 2018, she thought the timing was right to cast immigrants from Latin America in a positive light.

“There was a lot of negativity toward immigrants, and especially Latinx and ‘bad hombres’ and all that, so I thought, maybe if there’s anything I could do to try and change that, now’s the time,” she said. 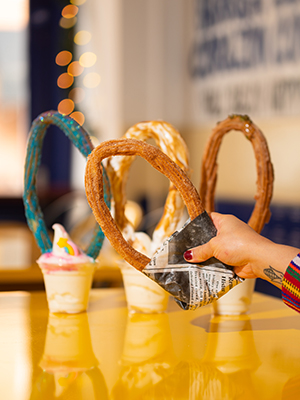 So Deleon, who came to the United States from Guatemala 12 years ago, quit her corporate job in food marketing, for which she got an MBA from St. Joseph’s University, and started doing pop-ups to figure what kind of food from Central America would work in the fast-casual setting she envisioned.

“One of the ideas behind this restaurant was that it had to be fast-casual, so a larger amount of people could try it, so it was a more approachable style,” and also more affordable, Deleon said.

With a silent partner she’d met at St. Joseph’s, she started testing items in the pop-ups in 2017, to get the right spice level and types of meat that would appeal to the center-city Philadelphia market.

“A certain stew might not work in a fast-casual, or chile serrano [might be] way too spicy,” she said.

Then the following year she opened El Merkury near Rittenhouse Square, featuring food from her native Guatemala as well as El Salvador and Honduras.

“So it’s like a cross between ‘mercado’ and ‘market,’” she said.

And easier to find in an Internet search than either of those words.

“I always had the idea of opening a Guatemalan restaurant, because there are a lot of pizza places, a lot of Mexican places, a lot of the same, and I wanted to let the world know that Guatemala and Central America have a lot of food that’s very approachable, but not as well-known,” she said.

“Basically the food is based on what the Mayans used to eat,” she added, and at El Merkury the focus is on corn, chiles, chocolate on beans — all foods that are widely enjoyed in the United States, too.

Corn is the main carrier for lots of the food, such as pupusas — flat masa cakes stuffed with things like braised spiced pork that has been stir-fried and shredded, black beans with a house cheese blend, or Guatemalan loroco flower buds with Monterey Jack cheese.

El Merkury also has a line of taquitos — corn tortillas rolled around fillings such as roasted spiced squash with queso fresco, or jackfruit with chipotle en adobo salsa, and then deep-fried.

Although Deleon said chocolate is used to make mole in Central America as well as in Mexico, at El Merkury it’s mostly used with the restaurants signature churros, which she shapes into large loops, fries and serves with soft-serve ice cream and chocolate sauce, or with tres leches sauce and cinnamon.

“It was great for when people could come in and have the whole experience and take a churro selfie.” 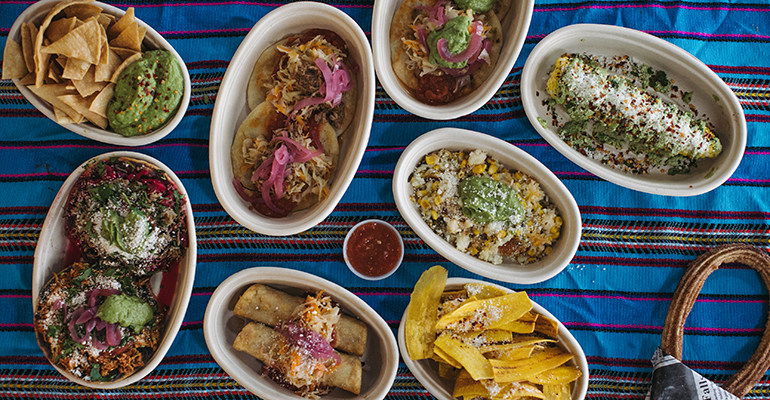 For this winter, she had planned on highlighting different chocolates from different parts of Guatemala to show how much it varies by region. “But now everything has changed, so I’m not sure I’m going to do it.”

El Merkury only closed for three days when the novel coronavirus pandemic hit, during which time Deleon and her team put their plan together for takeout and delivery, which included partnering with another restaurant to deliver family-style meals to the suburbs.

She also got funding from World Central Kitchen and other charities to prepare food for front-line workers and people in need.

Although the subsidies didn’t result in the profit El Merkury would have made if they charged the $15-$16 they’d normally charge for the meals they were assembling, it kept the lights on, which is something Deleon said they wouldn’t have managed to do with takeout and delivery alone.

“We were actually going to open a second location before this pandemic hit. I had the lease and I was ready to sign it and we were going to take the next step,” she said.

Those plans have been put on hold, but the plan for that space actually would probably do well during these times: The focus was going to be on grab-and-go foods, and bulk items like pupusas by the dozen.

“I guess if we had opened the concept maybe it would have been great because that’s what people are buying now,” she said.

As it was, they had already researched those grab-and-go items, so when the pandemic hit they were ready to pull the trigger.

That’s been helpful, as have her customers, who continue to visit.

“We’ve been fortunate enough to have a good, loyal following that still checks in, like every other day. It’s been nice to get all the love from the community,” she said.

Their customers and neighbors also came to their aid when the restaurant was looted during the protests of late May.

“We had two of our main glass windows broken, and I posted that on Instagram and immediately got this wave of support,” Delon said. “Random people just started Venmo-ing us. We got enough to cover the deductible for the insurance. Sometimes the worst of times brings out the best of people.”