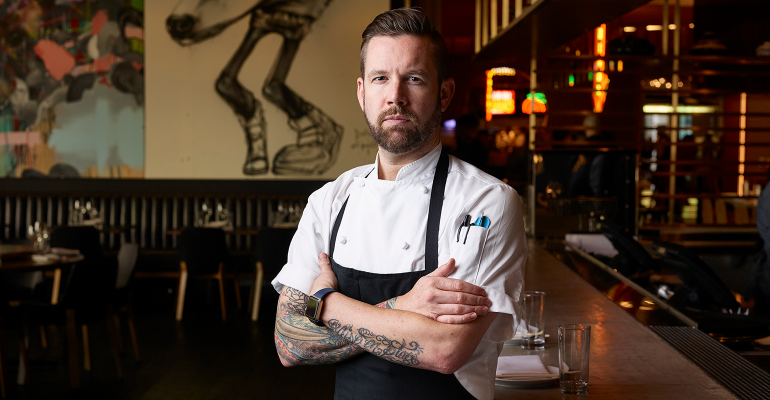 Shaun King tells his own story at Momofuku Las Vegas

Shaun King grew up with the funky, fishy, fermented flavors that are among the favorite playthings of chefs these days, but at the time they were a novelty.

Now the executive chef of Momofuku Las Vegas, King is from the quaint college town of San Luis Obispo on California’s central coast. When he was a kid, his step-dad was a gymnast who went to Japan to compete in the early 1980s and came back with Japanese friends and notions that things like rice porridge with pickled vegetables were desirable breakfast items.

“I was like, ‘This is gross. I want Fruity Pebbles.’ But I was eating Japanese breakfast when I was very, very young,” King said. 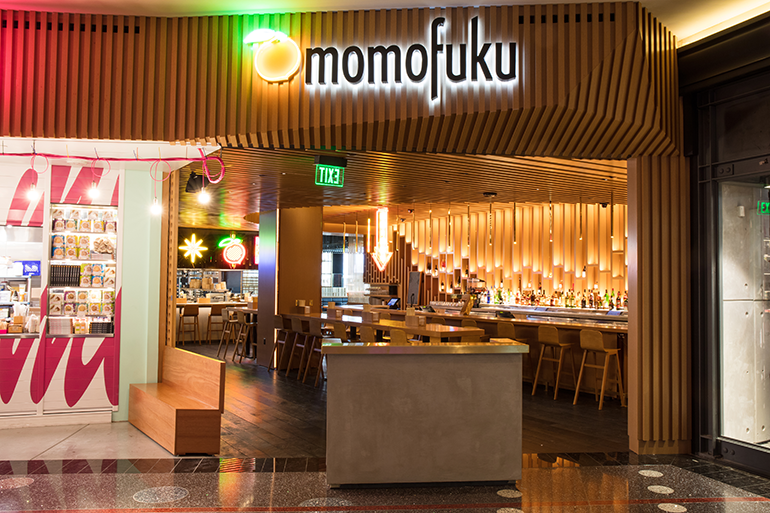 Meanwhile, on his mother’s side, King’s grandmother was from Norway, a land of fermented and pickled fish that the future chef also was exposed to.

“It’s funny how what I grew up eating really influenced how my food is — a lot of acid, a lot of vegetables, and growing up on the central coast I had the product to do it with,” he said.

“Vegas is a celebration,” he said: People come for bachelor parties, to bet on sporting events or otherwise gather in large groups for expansive meals, and King’s version of Momofuku has struck a chord with them.

“We’ve had so many repeat guests, and you usually don’t have that in Vegas,” he said.

Courtesy of Momofuku at the Cosmopolitan of Las Vegas 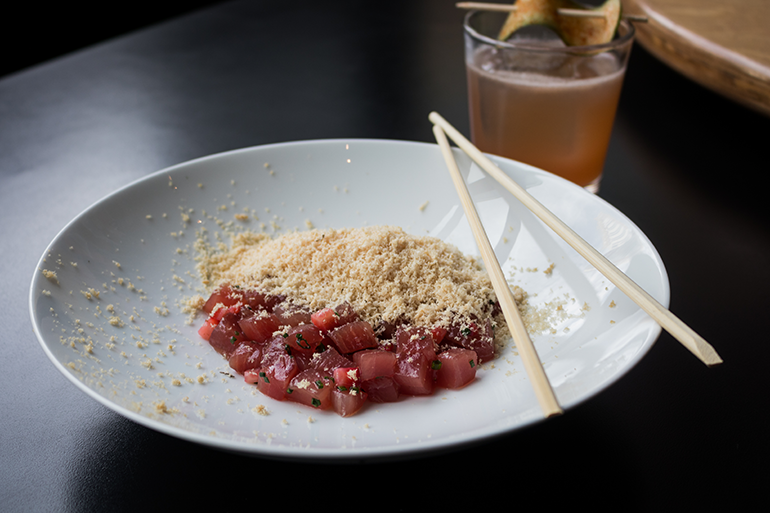 Like many chefs, King was drawn to food when he was a youth, as was a good friend of his, a Japanese American whose grandfather was a master chef.

“I was like 15 years old and we both wanted to learn how to do sushi, essentially,” he said. “But he wouldn’t teach us just sushi. He taught us French cuisine and Italian cuisine, and finally we got to learn a little bit of sushi.”

They were put to work in local ramen shops, sushi bars and teppanyaki places.

“Basically we were just washing rice and doing a lot of vegetable prep and dishwashing,” he said. “I was working at literally the smallest sushi bars in Grover Beach and San Luis. I humbled myself and became a teppanyaki chef four days a week,” he added. 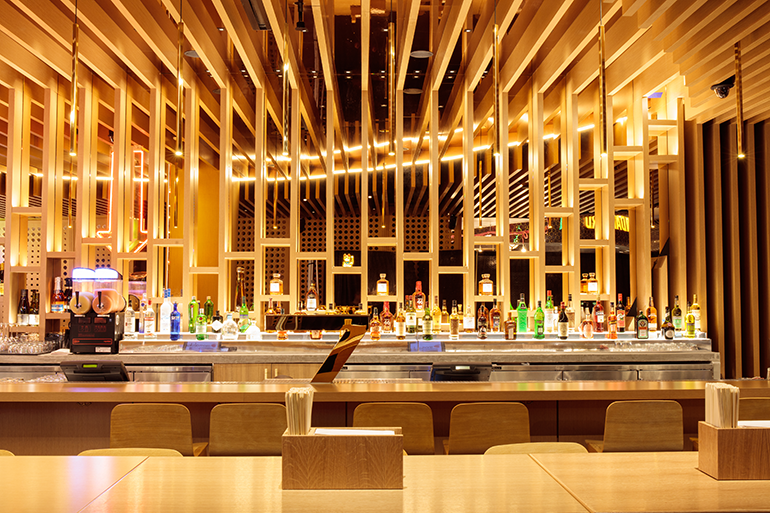 Teppanyaki is griddled food — think Benihana. Not super-sophisticated, but it was a foot in the door.

“I learned Teppanyaki just so I could be around the restaurant,” he said, and he also could entertain his high school friends, including some young ladies who caught the attention of the Japanese chefs.

“Eventually the Japanese guys started teaching me things, and I started learning conversational Japanese when it comes to restaurants,” he said.

“I actually started learning Japanese through a girl I was dating who was Japanese,” he added.

But one of the idiosyncrasies about Japanese is that women and men speak it differently. 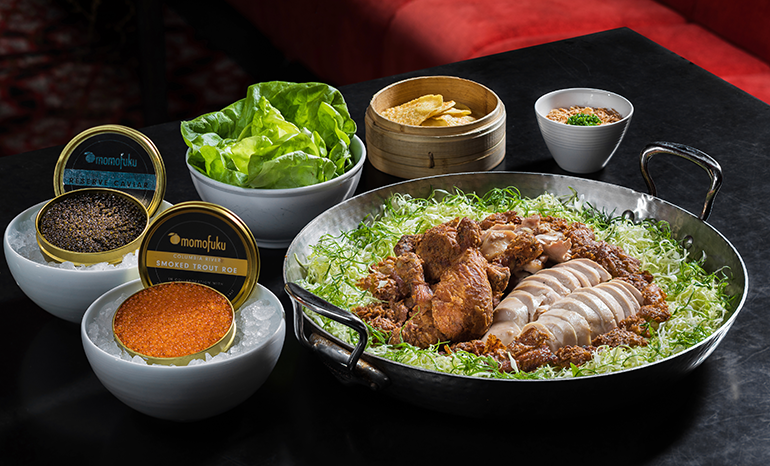 To a certain extent, that’s true of many languages: English-speaking men and women often choose different words or phrasing in similar contexts. In Hebrew, men and women conjugate verbs differently in some situations; in Thai, the word for “yes” is different depending on whether a male or female is saying it.

But King says that in Japanese the speech patterns are really different, “So, unfortunately, I was speaking like a girl, and all the [Japanese] guys were making fun of me. But they also saw that I wasn’t just this entitled white kid who was looking to learn their technique. I was actually very serious about learning Japanese food, and they eventually started teaching me little tricks and secrets, and how to break down fish and make rice.”

He learned to do things that many chefs have only become hip to over the past few years.

“When I was 16-years old I as using shio koji and shoyu koji to cure fish and age tuna belly, and some very old-school techniques like pickling and preserving, making vinegars, stuff that people are doing now,” he said.

“It’s interesting to see how the modern chefs are going back to the simplicity of ingredients, and that’s very Japanese.” 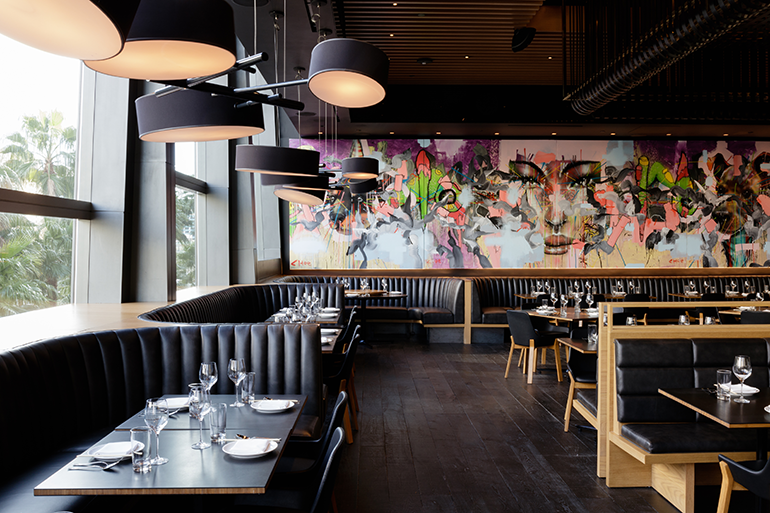 “Rick wanted me to turn around his raw bar program,” King said.

He developed crudos, tiraditos and ceviche as well as traditional shellfish towers over the next two-and-a-half years, ending up as chef de cuisine.

“Rick really taught me about Las Vegas and where to source ingredients and appreciation of high-quality seafood,” King said.

Next, King worked as corporate executive sous chef for SushiSamba, a high-end chain of restaurants featuring food inspired by Japan, Brazil and Peru. He opened restaurants for them in New York, Miami and Chicago as well as Las Vegas before heading closer to home and helping to open Root 246, a Bradley Ogden restaurant near Santa Barbara, Calif. 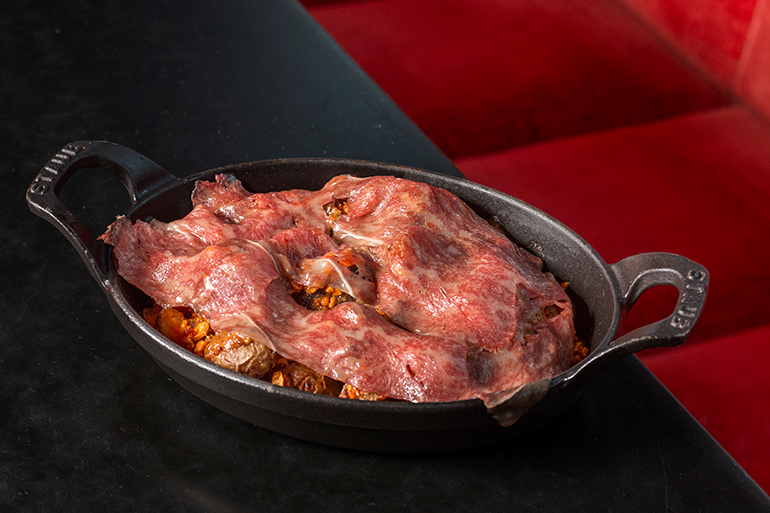 Later, he moved to Truckee, Calif., near Lake Tahoe, to be executive chef of a private club called Martis Camp. His next stop was The Dawson, in Chicago, which he ran for a couple of years before joining Michael Mina at Pabu in San Francisco.

Finally, in June of 2017 he returned to Vegas to head up the Momofuku there.

Working with Momofuku founder David Chang and his team was a new adventure, King said.

“I’d obviously known Dave’s food, and the group’s food, and what they were doing was very dynamic, very different from what I was used to,” he said.

They had him stage at all the restaurants in New York, from the original noodle bar and ssam bar to higher-end Má Pêche and Nishi to fine-dining, tasting-menu-only Momofuku Ko.

“When I started with the company, I was very uncomfortable with what my food was under the Momofuku umbrella, and I really had to struggle with it,” he said. “It wasn’t until a year into it that I understood what Momofuku was really about.”

Although dishes like the green apple kimchi with labneh and bacon that were on Ssam Bar’s menu early on could seem like random inspirations that happen to work, there’s a reason behind all of it, and that’s at the core of its appeal.

“If you can sell the experience and why this is a thing, then people are more into buying it,” King said. “They go, ‘Wow, the chef’s thought about this.’ He didn’t just throw something on a plate because it was, like, seared tuna with bok choi and some sort of soy glaze. That’s just douchey and dumb. We want to make things that are authentic and have a story behind it.”

“I grew up in a Jewish-Christian household, and I’ve had a lot of latkes [potato pancakes], so the dish is basically inspired by my time in Santa Barbara with uni, and obviously latke, so that makes sense. You can really tie it into my experiences.”

His A5 Hokkaido wagyu potatoes is made with steamed and then double-fried potatoes tossed with honey mustard and crunchy garlic chile oil. That’s all covered with extremely well-marbled, thinly sliced Japanese beef.

“That was inspired by when I went to Chicago and everyone told me that it was a meat-and-potato town. [They said] ‘Nobody wants your quinoa avocado bowl, hippie California boy.’

“So I was like, ‘Screw you, I’m going to make something really cool.’”

So he took a whole filet mignon, crusted it in honey mustard, grilled it hard, chilled it, shaved it thinly and covered it in fries made from Kennebec potatoes. He served it with ice-cold, house-made cultured crème fraîche: The idea was to wrap the beef in the fries and dip that in the crème fraîche.

That evolved into a dish that’s both more casual and more over-the-top — it sells for $52.

“It’s a pile of potatoes with raw beef on it,” King said. “It doesn’t look so great, but it’s pretty impressive.”

Miso cod is now a classic, popularized around the turn of the century at Nobu, but King does a subtler version inspired by his more traditional Japanese background.

He makes a marinade with less sugar than is normal for that dish, and he cures it for a shorter period of time so it stays flakier.

“I feel like miso cod is always mushy whenever I get it because you take so much moisture out of it that it almost always ends up, like, melting. I don’t like that texture,” he said.

He picks it up in a black butter-crab fat miso, basting it in that and then serving it in a broth of roasted vegetables — different types of bok choi, roasted baby carrots — with hon shimeji mushrooms lightly pickled with sesame, wakame seaweed, butter-braised king trumpet mushrooms and baby pickled shiitakes.

“It reminds me of pot au feu,” King said, referring to the traditional French boiled beef, “but in a super-clean, Japanese way.”

Chang is known for giving executive chefs the freedom to make the restaurants their own, and in Las Vegas King soon saw that he was serving large parties, and so he developed large-format dishes that could be shared by everyone and add to his guests’ revelry.

Those dishes include his signature five-spice duck, for which he salts the breast and ages it for at least two weeks and roasts it while basting it in a five-spice-soy liquid. The legs are confited separately, shredded and mixed with a ginger-garlic sofrito with duck fat and scallions. His staff carves the duck tableside and serves it with ginger pancakes, herbs, kimchi, hoisin sauce and ginger-scallion sauce.

“We kind of swing for the fences here,” he said. “We’ve established ourselves as this high-end version of Momofuku — a place for opulence and celebration.”