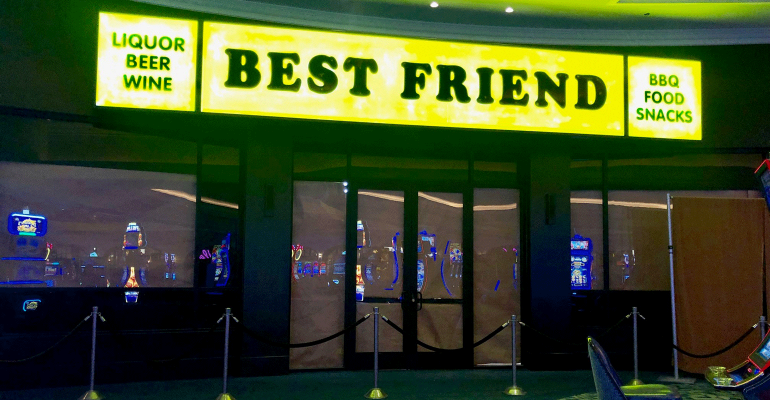 If Roy Choi were to sum up his latest restaurant concept, all he has to do is point to the name.

Best Friend is scheduled to open Dec. 19 at the Park MGM in Las Vegas. It is Choi’s first restaurant outside his home base of California, where the food truck pioneer launched his career a decade ago serving Korean street tacos.

With Best Friend, Choi’s career takes a major pivot as the restaurant opens on one of the biggest culinary stages of the world: The Las Vegas Strip. Best Friend’s menu takes inspiration from the fusion Korean flavors that have made Choi a national name. 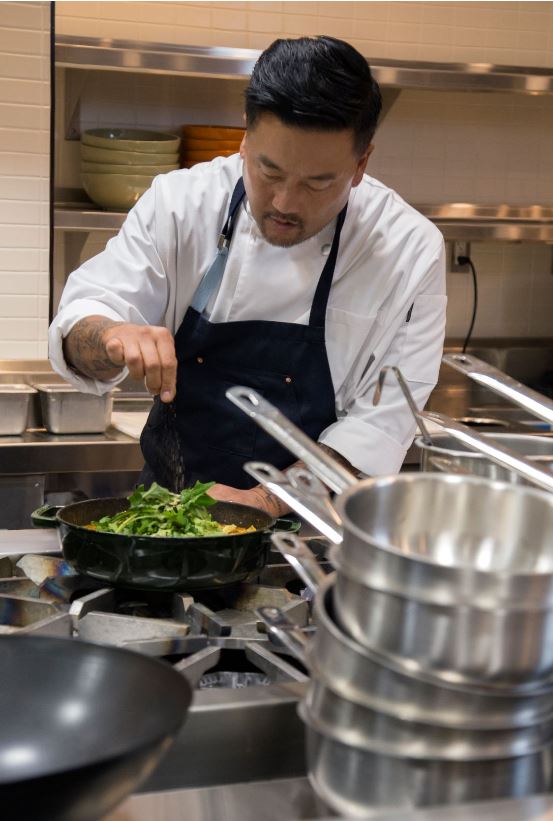 He’s remastered dishes from other projects, including Kogi and Commissary. He closed the latter restaurant, along with the concept Pot, earlier this year to focus on Best Friend, which he describes as a haven for those stressed from today’s social and political polarization.

“I wanted to create a place where you’re not either right or wrong. We just love each other,” he said in an interview last week.

Earlier this month, Choi gave his fans a sneak peek at some of the dishes on Best Friend’s mostly Korean-focused menu.

“It’s kind of a Korean restaurant. It’s kind of not,” he told Facebook fans during the live cooking demo.

The Tamarind Cod Hot Pot, for example, is a blend of Vietnamese and Korean cuisines. It features a sweet-and-spicy tamarind broth with chunks of cod, vegetables, and Korean vermicelli noodles. The simmering pot is topped with fresh herbs and served with bowls of sticky white rice.

Another Choi favorite is his take on Slippery Shrimp, a dish served at Yang Chow in Los Angeles. His spin includes coating the tempura-fried shrimp in a spicy and creamy chili sauce and tossing it with walnuts.

Best Friend’s ambiance is also designed to match the glitz and glamor of Las Vegas. 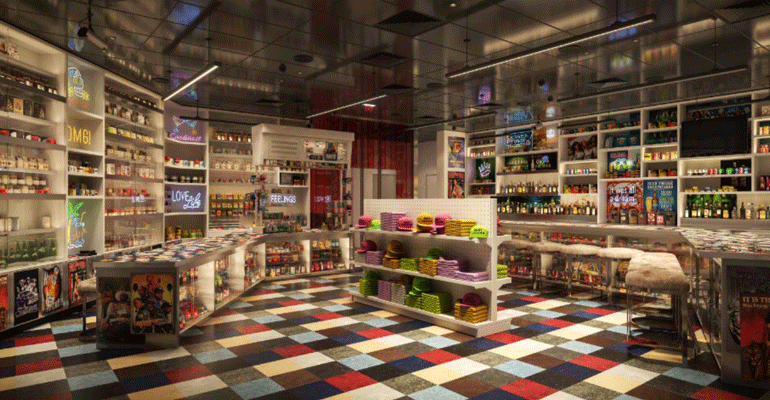 Diners enter Best Friend through a bodega-inspired store with a cocktail bar and retail storefront selling branded hats, T-shirts, sweatpants, and other knickknacks.  Entrance to the dining room is through a hidden door, acting like “reverse” speakeasy since the bar is out front.

“We’re not playing it safe in anything we’re doing,” he said.

The restaurant will have a kimchi fermentation room, similar to the dry-aging rooms in steakhouses, for example.

Guests will be able to enjoy a couple of tacos and a beer for less than $20, or choose a multi-course experience with truffles and caviar service at a high-end market price, officials said.

Still, the 9,000-square foot restaurant, opening next to Eataly at Park MGM, represents one of Choi’s biggest projects to date.

Not in size, he said, but in “magnitude” due to its location on the “Vegas stage.”

All eyes have been on the property for months. 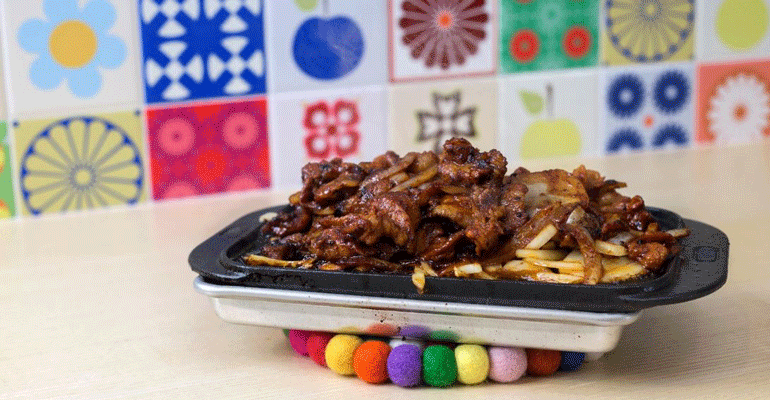 Best Friend is a part of a $550 million makeover of the Monte Carlo hotel and casino by MGM Resorts International and New York-based Sydell Group. The latter was Choi’s partner at the now shuttered Commissary at The LINE Hotel in Los Angeles.

The 2,700-room Las Vegas hotel rebranded as the Park MGM in May. Over the course of the year, the modern luxury hotel has unveiled several new restaurants, including Chicago-based Bavette’s Steakhouse & Bar and the NoMad Restaurant by Chef Daniel Humm and restaurateur Will Guidara.

Coming next year is The Crack Shack, the San Diego-based fast-casual fried-chicken concept by Richard Blais. It is slated to open in fall 2019 in the former Double Barrel Roadhouse space, adjacent to Eataly.

Being part of such a high-profile project can be nerve-racking. But Choi, who is the is the managing chef of Best Friend while MGM is the concept owner, is not feeling the pressure.

“This town has shown me love from day one. Crazy love,” he said. “Everyone just wants me to succeed.”

He’s also energized by the approachable menu, which features a range of dishes from a plate of Kogi-style tacos to a fried bologna sandwich or BBQ Spice Pork.  The bar program features Sinatra-era and 1980s cocktails, as well as premium ingredient slushy cocktails, inspired by those found along the Strip. 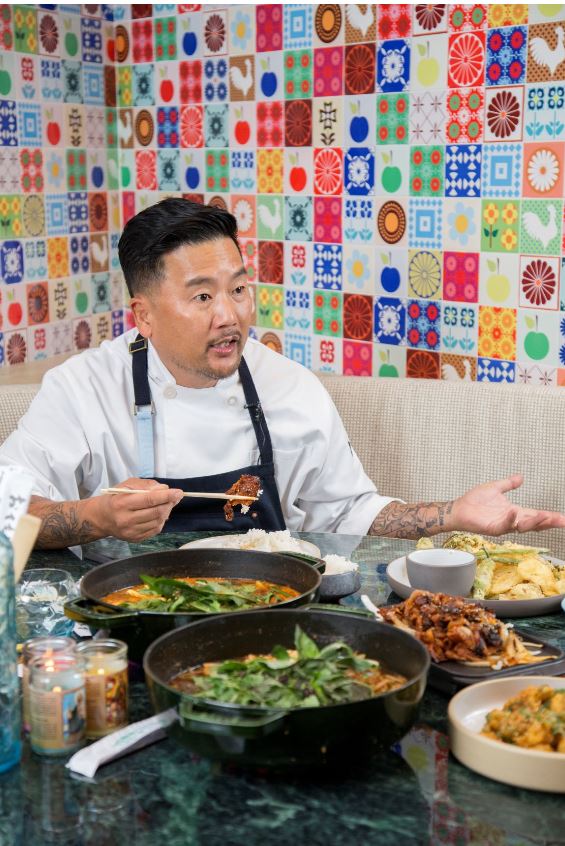 The menu is a nod to his Los Angeles roots, but also winks at Las Vegas.

“I’m honoring what is old in my past and my history. Everything about this is personal,” Choi said. “That helps me stay confident.”

Initially, Best Friend will be open for dinner only between 5 p.m.-12 a.m. Reservations will be taken until 10 p.m. and bar food will be available until midnight or later.

Choi’s other restaurants include Chego and A-Frame in Los Angeles and the Kogi food trucks. Locol, his experimental fast-food concept with a healthy twist, closed its last storefronts earlier this year. However, the company still does catering.

Update December 20, 2018 This article has been updated with new hours of operation for Best Friend.