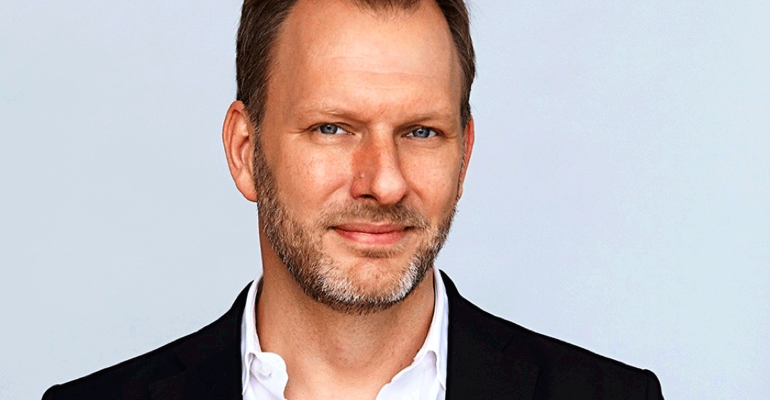 Nils Norén, a veteran of Marcus Samuelsson’s restaurants, has signed on as culinary director of Megu, a modern fine-dining Japanese concept based in New York City.

Megu used to have two New York locations, the first having opened in 2004. Both closed in 2014, and the following year restaurateur Jon Bakhshi purchased the global rights to the name. He now operates five locations in New York, Moscow, New Delhi, Doha, Qatar and Gstaad, Switzerland.

Originally from Sweden, Norén started at Aquavit restaurant in New York in 1998, working under Samuelsson until the latter chef left the company and Norén became executive chef. In 2006 he became vice president of culinary and pastry arts at The French Culinary Institute (now the International Culinary Center), a culinary school in New York City. He then reunited with Samuelsson and helped open more than 20 restaurants globally before going off on his own as a consultant in 2015.

“We’re trying to revitalize the brand and the concept,” Nils said of Megu.

“I think it’s interesting, being a non-Japanese coming in to cook allows for a different view on it,” said Norén, who is a member of the Gohan Society, which fosters appreciation of Japanese culinary heritage in the U.S.

“Even though I appreciate the tradition of Japanese cuisine, I’m not bound by those traditions, which allows me to do a different take on it.”

So, he’s adding a Swedish-Japanese mashup side dish to the menu: He’s using a Japanese sweet potato to make a Swedish Hasselback potato — a trendy preparation for which the potato is sliced thinly, but not completely, vertically, so the slices are all attached but exposed to allow more of the surface area to be exposed to butter, with which it’s brushed before baking.

Norén, who once worked at the Hasselbacken hotel in Stockholm, where the dish was developed, bakes the sweet potatoes with miso butter and finishes them with shichimi togarashi, so the flavors are Japanese but the technique is Western.

He’s also working on a duck dish for which the breast is cured with kombu seaweed and then is seared and served with mazumen, or “dry ramen” served with sauce instead of broth. The sauce is duck reduction with foie gras and pickled mustard greens.

Norén noted that Japanese and Swedish cuisines have several elements in common, including a love for fish and pickles.

“The Japanese obviously eat a lot of fresh fish, but also a lot of cured fish,” he said, noting that Japanese mackerel with salt and vinegar is not unlike Swedish pickled herring.

Norén is overseeing the five chefs de cuisine at the existing locations, including David Rashty, the chef in New York, who was a student of Norén’s at the ICC. He said he and the chefs were working on redefining the cuisine and “the culinary philosophy behind it.”

“We’ll also start expanding our steak program,” he said, including sourcing more local steak in New York, as well as using the A5 wagyu beef from Japan that is a Megu trademark.

He also will be working with the chefs to source products locally and adapt to the cultures in each market, adding more vegetables in line with prevailing trends, and reworking the restaurants’ beverage programs.

“I think we can have a lot of fun there, whether we just Japanese whiskey, sake or shochu, and applying the same principles as we would on the food, where you could mix in Western technique to create something new.”

For dessert, he plans to add a cheesecake in the style of that dessert used on the Japanese island of Hokkaido, for which egg whites are folded in, “so it becomes almost this soufflé, cotton-like cheesecake. It’s delicious, and so much lighter,” he said.

Norén also said several new locations were likely to open in the coming year but they weren’t ready to provide details.

Dec. 1, 2017 Correction: This story has been updated with the correct spelling of Jon Bakhshi's name.