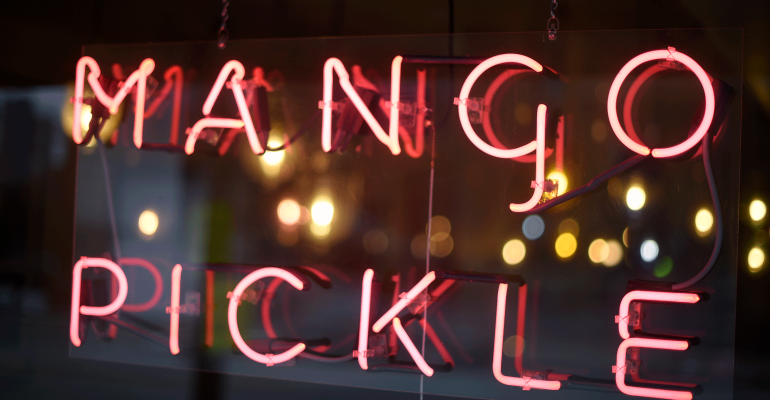 Sometimes guests at Mango Pickle say the food isn’t authentic Indian cuisine. Marisa Paolillo, chef and owner of the Chicago restaurant, isn’t exactly sure how anyone would know that.

India’s a country of more than a billion people, with thousands of years of history, hundreds of different languages spoken and countless home cooks, each with their own opinion about how any given dish should be made. Even if, through years of study and eating, you managed to become an expert on all the iterations of the cuisines of different families, castes and ethnic groups in the state of Karnataka (population 64 million), you still might have no clue about how people eat in West Bengal, Gujarat, Rajasthan or any other of the 29 states and seven territories that make up the country.

“The cuisine is vast, coming from a country that is very non-standardized as a culture,” she said. In the United States, “Indian cuisine is still not that popular, and we get this little sliver of what the cuisine is.” 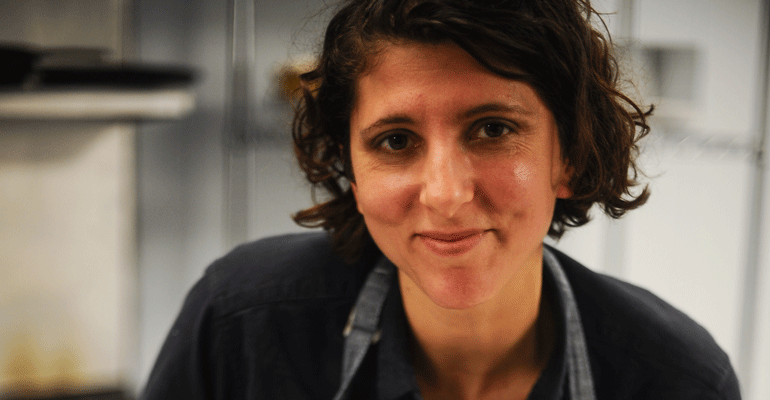 She said she wanted to shine a spotlight on the diversity that is intrinsic not just to Indian cuisine, but India in general.

“There’s so much back-and-forth and nonconformity, whether you’re talking about food or other aspects of the culture,” she said.

Paolillo learned how to be a chef in India. She moved to Mumbai with her husband, Nakul Patel, in 2005. Before then she had been working in marketing natural products and organic food.

“I’d worked in restaurants when I was younger, but I thought I was supposed to be in the business world,” she said. The move to Mumbai with Patel, who is originally from there and returned there for work, gave her a chance to take stock in her career. She contacted Alex Sanchez, the chef at an American restaurant in Mumbai, and worked with him for 10 months. Then she worked for another expatriate chef in Mumbai, Greg Bazire, who would eventually become a business partner in Mango Pickle.

“My whole intention of working under chefs was, who could I learn under?” she said. “Because what I recognized is you have to be trained to be a chef. I was less concerned about the cuisine; I was more interested in getting the proper restaurant training … learning the foundation, because once you have that you can apply that to any cuisine.”

So she cooked western food in Mumbai as her job, while exploring the food around her as an avocation, paying particular attention to what she was eating in people’s homes, and in smaller guest houses and ashrams, rather than the more standardized food she saw in restaurants.

“There was a personality given to the dishes in these smaller places,” she said.

After nine years in India, Paolillo and Patel returned to Chicago in 2013, and considered opening a restaurant of their own. 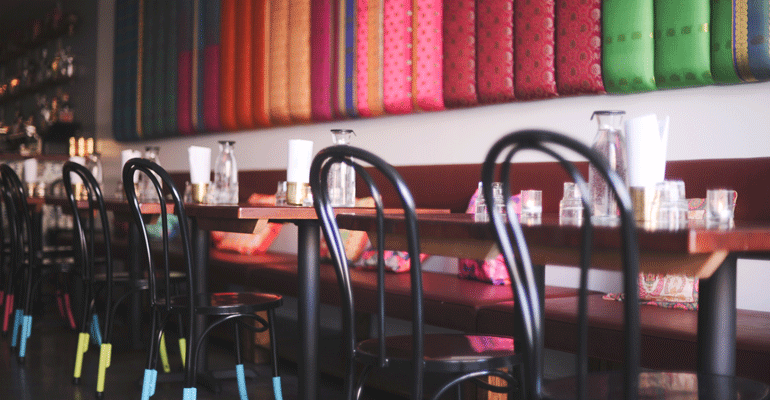 “It was a life-changing time,” she said.

They opened Mango Pickle in 2016, named after a condiment that Paolillo says exemplifies one of India’s preservation processes: To make a mango pickle, unripe mango is cured and fermented with salt in the sun. Then spices are added and the mangoes are stored in oil.

“Where in the West you would use vinegars to preserve fruits and vegetables, in India, with the heat and humidity, they use oil, and less fermentation,” she said.

Paolillo also appreciates the use of spices as a foundation to most dishes she enjoyed in India. Usually whole spices are roasted or heated in oil to release their flavors, then they might be ground or otherwise processed, and then other ingredients are added — vegetables, meat etc. — and powdered spices might be added to that. What actual spices are used vary from dish to dish, of course, and from household to household. 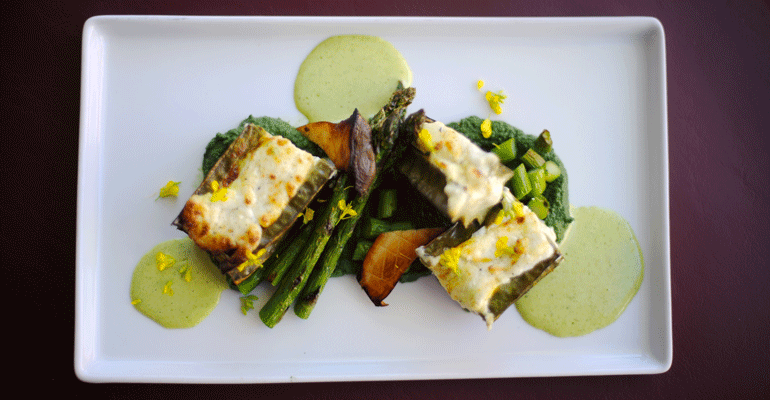 Paolillo makes them her own with the use of seasonal vegetables.

For example, for saag paneer — greens such as spinach or mustard greens simmered with ginger, garlic and other spices and served with a fresh cheese called paneer — she uses kale in the winter and then switches to mustard greens once they’re available. And during asparagus season she adds whole spears of it to the simmered leafy greens.

“The green flavor that asparagus brings goes well with paneer,” she said.

She also brings seasonality to a root vegetable-based dish cooked low and slow in a sealed clay pot.

Normally made with spiced potatoes, sweet potatoes, plantains and shelling beans, in the spring Paolillo makes it with spring onions, spring garlic, potatoes and spring turnip. In the fall she uses butternut squash and pumpkin and a more chile-forward spice blend. 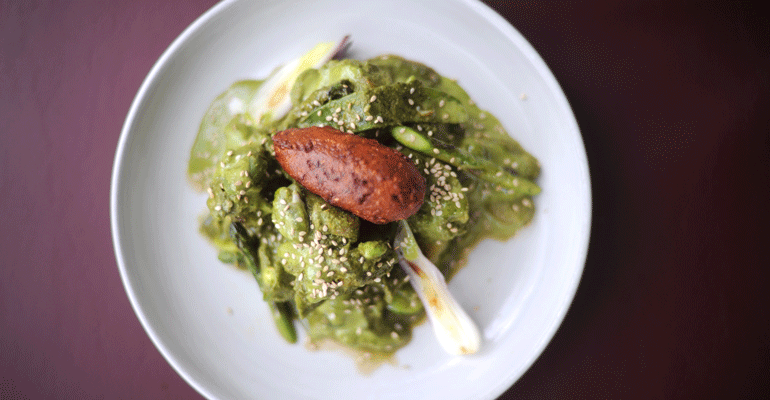 “I’ll find a way to incorporate almost anything that we can get,” she said.

As a white woman running an Indian restaurant, Paolillo has occasionally heard rumblings about her engaging in cultural appropriation.

“I didn’t just visit there,” she said. “I lived there, and my husband was born there, and all his relative are there. It’s difficult for people of Indian descent to accuse me of cultural appropriation when I married into the culture. Just as my husband feels part of the culture I was born in, I feel part of his culture.”

Besides, India has always been a crossroads, and it has absorbed new customs, including cooking styles, for millennia.

“The thing with Indian food is there’s always so much personalization,” she said. “There are very traditional and newer ways of cooking, and both are accepted.”

Debating the term ‘ethnic’ and where it fits in food and restaurants
Aug 04, 2020