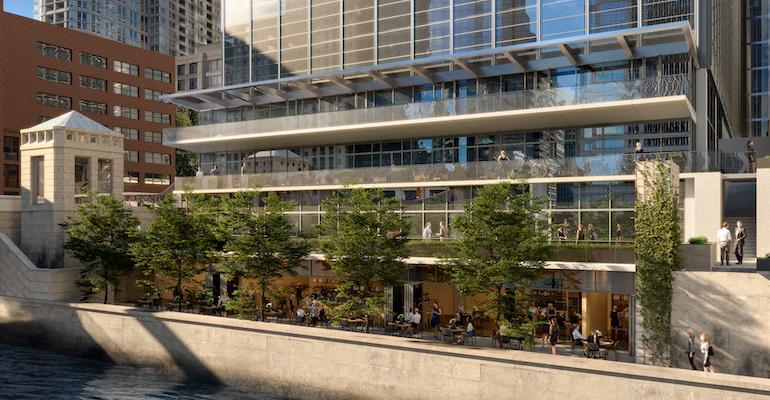 Lettuce Entertain You chef behind RPM restaurants steps down

A prominent chef working with Lettuce Entertain You Enterprises, or LEYE, has left the company following reports that he assaulted a co-worker.

Doug Psaltis, who was working with the Chicago-based multiconcept group’s RPM restaurants and the Windy City Smokeout barbecue event, stepped down as of Nov. 1, the company confirmed, without offering explanation.

Related: Lettuce Entertain You, The Alinea Group partner to bring back Ambria

“Doug is a talented chef, and as we do with all of our alumni, we wish him well in his future endeavors,” the company said in a statement. “It is Lettuce Entertain You’s policy to not comment on personnel matters. We respect the privacy of all of our employees both past and present.”

Eater’s report said Psaltis is the “P” in the RPM family of restaurants operated by LEYE, which includes RPM Steak, RPM Italian and RPM On The Water.

According to the report, three people told Eater that Psaltis attacked a colleague at RPM Steak, grabbing and violently shaking him by the shoulder. Former employees also told Eater of Psaltis’ reputation for having a temper.

Psaltis could not be reached, but on Monday he provided this comment to Eater:

“In less than 10 years, we’ve accomplished more than I ever dreamed possible. It’s been an honor to work with Rich Melman, all our of our partners, chefs, managers, front and back of house team members and so many others that made these ventures successful. I’m very proud of everything we’ve achieved. As I move on to new projects, I will look forward to seeing these restaurants and the individuals running them continue to grow and provide extraordinary experience to all of our loyal patrons.”

Psaltis is not the only Chicago chef in the news for confrontations.

This week Purple Pig chef and owner Jimmy Bannos Jr. was reportedly charged with a misdemeanor count of battery after an incident at a food festival in September.

Crain’s Chicago reported that Bannos punched a worker from the restaurant Mi Tocaya after an altercation.

In a statement, Bannos said, “On Saturday evening, September 28, I was confronted by multiple individuals on Randolph Street. I felt threatened during the exchange, which escalated quickly, and acted in self-defense.

“I remain troubled by the incident and regret its occurrence.”

Last week The New York Times also reported that four women have detailed incidents of sexually aggressive behavior by Anthony Cailan, a sommelier at the New York restaurant the Usual.