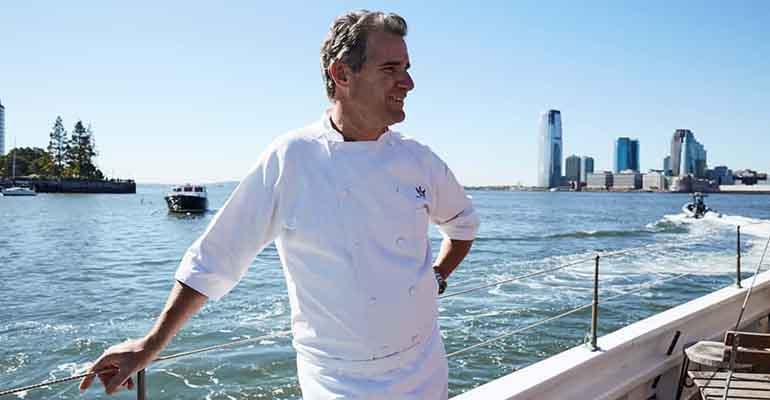 You can freeze clams.

You don’t need special equipment or a blast chiller; you can just toss them in your freezer and come back to them later, and they’ll be fine.

At least that worked for Kerry Heffernan.

“I dug them two weeks ago, I had more than I could use, and I simply threw them in the freezer as a lark,” said Heffernan, the executive chef and director of sustainability initiatives for Summer Ops, which runs a variety of seafood restaurants on and near the waterways of New York City.

He thought the clams might end up watery, or that they’d expand or crack or their texture would get messed up, but instead he cooked them with leeks, thyme and a little water, and they turned out great.

“I have a hard time telling the difference, texturally, between them and a raw fresh one that I just dug,” he said as he fed them to me. He’d finished them with a little butter, and he’d added some seaweed and kielbasa, because he’s a chef with a fine-dining background, and I certainly would have guessed that they’d been dug fresh. 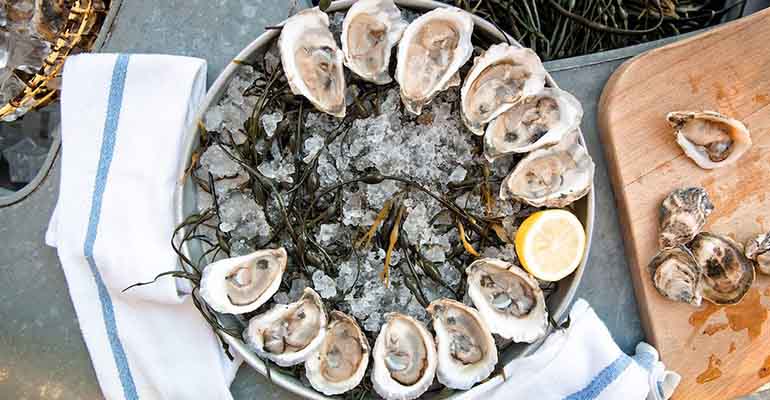 This was in early February, before the coronavirus pandemic hit the United States, but since we mostly spoke about sustainable seafood — an issue that’s not going away — our conversation remains relevant.

Heffernan spent seven years as executive chef and partner at Eleven Madison Park. That was in the early 2000s, before EMP drew honors as the best restaurant in the world, but it was already ranked by the Zagat Guide as the 17th best restaurant in New York City. At the time, then-sister restaurants Gramercy Tavern and Union Square Cafe were ranked 1st and 2nd, but 17th isn’t too shabby. 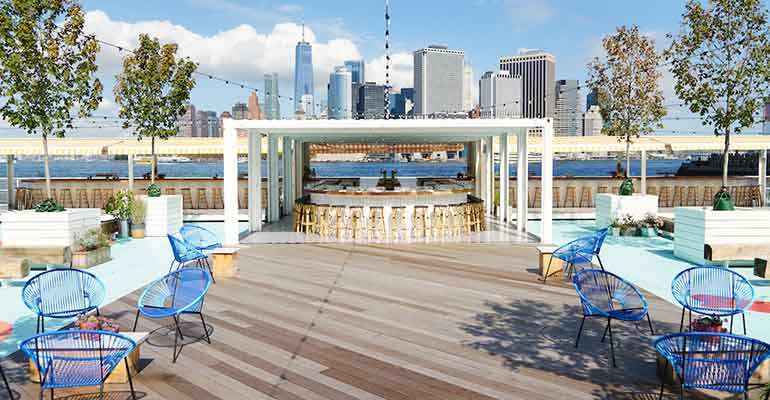 Now he runs Grand Banks on a schooner moored to Manhattan’s Pier 25 on the Hudson River, as well as Island Oyster on Governor’s Island and Pilot on a boat on Pier 6 in Brooklyn, on the East River.

“I’ve learned a lot about what you have to learn about having a boat on the water,” he said. “All these variables — weather, the wear. Obviously the bigger challenge for me is working in these tiny spaces with limited storage and limited power.”

Obviously open flames are a non-starter, but he also has only 100 amps of electricity to work with on each boat.

“Just to give you an idea, your basic toaster or hair dryer is in the range of 15 to 20 amps,” he said. So refrigeration, dishwasher and cooking equipment all have to operate with the power of five hair dryers.

All of the restaurants offer raw bars, small plates and seafood, all of it focused on sustainability, of course. The health of the ocean is something Heffernan takes personally, since he has a house on the shore in Sag Harbor on Long Island, and he’s seen how the availability of some fish has declined while others have flourished.

“I’m in it on a regular basis, so I can see the difference from 10 years ago, when we had a lot of good-sized striped bass right in the cove behind my house. [Now] very few of the larger fish are around,” he said.

That includes work with conservation organizations.

“The good thing about the East End [of Long Island] is a lot of the water quality issues are solvable to some extent because we have some control over what goes into the water and how we regulate that.” 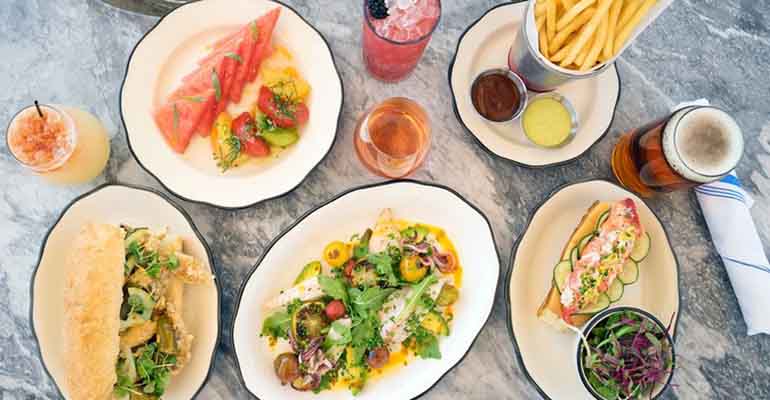 Food at Pilot on a boat on Pier 6 in Brooklyn, on the East River.

There are larger issues such as rising sea temperatures and ocean acidification that can’t be fixed locally, and Heffernan said the warmer waters might have contributed to a large-scale die-off of bay scallops late last year, when they were attacked by a parasite that flourished due to the higher temperatures.

With big meaty striped bass less available, Heffernan has turned to other fish, like porgy, also known as Montauk sea bream, as well as sea robin, sand shark and dogfish.

“We should eat more-or-less what the sea gives us,” he said. “So if you go out fishing and you can’t catch striped bass, but you’re catching sea robin, let’s learn how to make the sea robins taste good.”

Sea robin can be tricky, he said, because it has a lot of bones and a body shape chefs aren’t really accustomed too: Chop off its head and it kind of looks like a big, fishy ice cream cone because of the large chest cavity.

“It’s a lot of bones,” he added. “So the simplest thing to do is make sure you get big ones and don’t mess with the small ones.”

Nonetheless, you’re not going to get big fillets off of it, but it makes for great fish tacos, “and if you cook it whole it can be wonderful.”

Porgy’s a classic ingredient in bouillabaisse, “so it’s among those things that’s going to give depth and flavor to a soup or stock,” he said.

He uses sand shark and dogfish as in fish tacos, and says it’s as good as any white fish, but the texture is different.

“It’s a firmer musculature that you can actually slice when you cook it,” he said. “I think it’s a huge asset.”

Heffernan also sees a big future in seaweed, which is tasty, rich in nutrients and flourishes on the excess nitrogen that plagues a lot of our water.

Apart from adding it to my clams, Heffernan dries it, powders it and mixes it with sea salt as a seasoning that tastes like the seashore.

“When you go to the ocean, the seaside, the smell you get is actually seaweed being pounded by the waves,” he said. “If you go out 20 miles on the ocean, there’s no smell. That smell of the sea, the seashore, is what mariners call land and land lubbers call the sea. So the seaweed salt really has a much brighter flavor of the sea.”