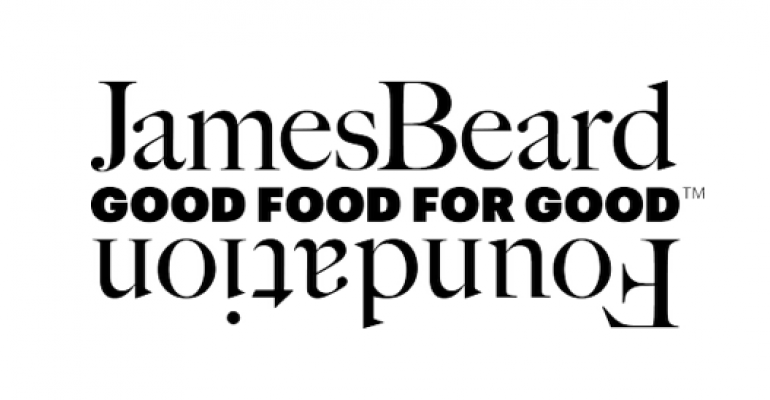 James Beard Award gala postponed until summer due to coronavirus

Restaurant and chef finalist nominees will still be announced March 25

Coronavirus has put another important restaurant industry event on hold: The James Beard Foundation is postponing its annual awards program until summer, the organization said Thursday.

The decision will delay the announcement of the media awards, initially scheduled for April 24 in New York City; the leadership award, previously scheduled for May 3 in Chicago, and the restaurant and chef awards, which were to be announced May 4 in Chicago.

Marking the 30th anniversary of the awards program, the restaurant and chefs awards were to be doled out at a star-studded event at the Lyric Opera in Chicago, which is seen as an opportunity for independent restaurants, chefs and restaurateurs to gather, dress up and celebrate the industry.

New dates for all three ceremonies are yet to be determined.

However, the foundation said the announcement of restaurant and chef finalist nominees will be made on March 25 in Philadelphia, as originally scheduled. The announcement is scheduled to begin at 9 a.m. Eastern and will be posted in real time on Twitter.

“Of prime concern is the health and safety of our staff, volunteers, committee members, sponsors, nominees and all attendees,” the foundation said in its announcement. “We also recognize the responsibility of every organization and individual to do what they can to contain the spread of the virus.”

The Beard foundation in February announced winners of the Classics Award, as well as the 2020 semifinalists for the restaurant and chef awards. The latter included new categories following a realignment of regions last year.

The James Beard postponment comes as many restaurants are already feeling the economic impacts of coronavirus.

Restaurants in the Seattle market, which was the first to deal with U.S. deaths from the coronavirus pandemic, saw sales drop 10% in the initial week ended March 1, according to statistics released Wednesday by hospitality analytics company Black Box Intelligence.

“This only includes a day or two of heightened public awareness,” according to Black Box Financial Intelligence. “Real impact is expected to be over 20% in lost restaurant sales after one full week.”

Seatlle chef and restaurateur Tom Douglas announced today that he would be closing 12 of his 13 restaurants after dinner service this Sunday due to a sharp sales decline.

Tom Douglas to close 12 of his 13 restaurants in Seattle in response to coronavirus
Mar 12, 2020