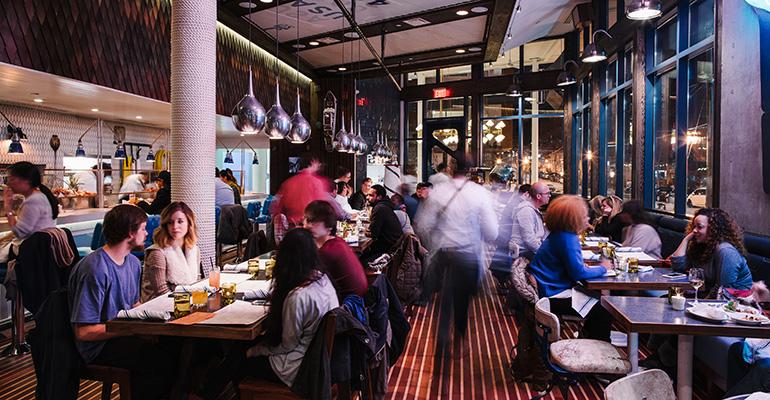 Ford Fry’s business is having a growth spurt, driven partly by investments in helping employees grow, too.

The Atlanta-based chef and restaurateur operates 11 restaurants in Atlanta and Houston, and plans to open another nine to 11 units in the next two years, in Nashville, Tenn., Charlotte, N.C., and perhaps New Orleans, as well as in existing markets. Also coming are a new fast-casual Mexican grilled chicken concept in Atlanta and new locations of Fry’s Tex-Mex Superica and El Felix concepts elsewhere.

Financing the restaurants isn’t a problem, thanks to a wealthy brother-in-law who works in oil and gas (Fry said he’s gotten healthy returns on his investment). And to attract and retain strong employees, Fry has created what people in the company unofficially call Ford Fry University. Fry grew up in Houston and attended culinary school at the New England Culinary Institute in Montpelier, Vt. After working in fine-dining restaurants in Florida, Colorado and California, he ended up in Atlanta and opened Jct. Kitchen in 2007. He ran the restaurant for five years before expanding, and now operates 10 restaurants in the Atlanta area: Beetlecat, Marcel, the El Felix, St. Cecilia, King & Duke, The Optimist and No. 246, as well as Jct. Kitchen and two Superica locations. He also has State of Grace in Houston.

“Having access to capital makes it real easy to build our infrastructure up before we grow, so that we’re in a position to grow more,” Fry said.

He expects half of the expansion to be in the Tex-Mex concepts Superica and The El Felix. The El Felix is intended for new buildings in suburban locations, while Superica is planned for old, repurposed buildings in cities, ideally with live music.

Fry said most of his restaurants have been one-offs because, “No. 1, I don’t like doing the same thing over and over, but it’s also about our people, too.”

“There’s too many talented young chefs out there not to put them in their own restaurants. But what I was noticing was that they’re lacking something, whether it’s the capital to get their restaurant going, or business sense, or one of the main pillars [of knowledge],” he said. “I’m like, we can do that. Why not support that and teach that? So that’s what we’ve done, and that’s been enabling us to grow at a pretty fast rate.”

Every kitchen in Fry’s restaurants has an iPad where staff can sign up for classes in finance, wine, cooking or other topics. They take classes on their own time, but they’re free and taught by experts within the company.

Fry said he launched the classes around four years ago. They’re held as necessary, usually with six to eight people in each class.

The classes don’t just provide staff members with knowledge, but they can also qualify them for promotions. Servers have worked their way up to become assistant general managers, and executive chefs and general managers have taken on what Fry called vice president roles, with responsibility across several restaurants.

“The one issue that you hear all across the board is staffing of restaurants. And we’ve had the best luck of training from within and moving them up,” Fry said.

“We [have] a complete open book,” he said. “We’ll talk about leases, accounting, how restaurants are financed.

“I know one restaurant in particular where they lock their office door. No one knows what their food costs are or what any of the business is,” he said. “It’s like ‘You cook. You go do your thing,’ and they treat their staff like they’re a tool, in a sense. I feel that it’s kind of our job to train them and teach them, and if they want to stay with us and grow, that’s awesome. If they want to move on and start their own thing, that’s pretty awesome, too. It’s kind of flattering to me.”

Giving staff a route for advancement also helps with retention.

“We do have high turnover when we do new restaurant openings, but once we find [people with the right fit], then it’s very little,” Fry said.

In fact, more than 60 percent of employees who have quit on their own have ultimately returned.

“You get some people who are like, ‘You’re too corporate for me,’ but then once they go out, they find that structure is good,” he said.