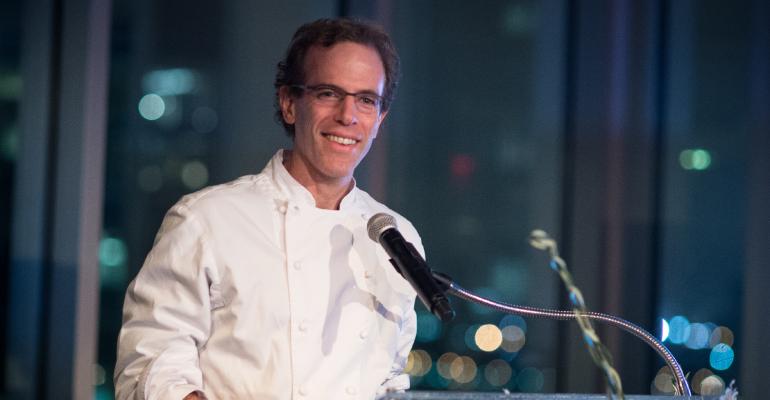 Blue Hill at Stone Barns won’t return in its regular state for the rest of 2021, and will instead feature a seasonal rotation of up-and-coming chefs

When Blue Hill in New York City and Blue Hill at Stone Barns in Tarrytown, New York reopen their doors in 2021, the Michelin-starred restaurants — which have been closed in their original formats since March — will operate under different names and formats, chef and co-owner Dan Barber told The New York Times. Instead of featuring the fine-dining cuisine of one chef and one kitchen’s vision, Blue Hill at Stone Barns will become a chef in residence program featuring different menus from four chefs, one for each season.

The New York City location of Blue Hill, meanwhile, will not initially reopen for dine-in service and will instead focus on continuing to create the to-go food boxes popularized during the height of the COVID-19 pandemic, as well as supporting the new Stone Barns endeavor.

After 2021, Barber’s plans for his restaurants are up in the air, and they might return to their original format by the time 2022 rolls around.

Although this significant change in plans may seem to echo other fine-dining decision to combat the industry-shaking effects of the COVID-19 pandemic, Dan Barber told The New York Times that these plans were in the works before coronavirus hit and the crisis just fast-tracked their plans.

“This came about because we have been reflecting on this moment in time and where a restaurant belongs in our culture,” Dan Barber said. “The staff has been pushing some of the issues.”

He added that the chef in residence program would be an opportunity to “shine a light on a chef who has not had a space like this” and is looking for a diverse lineup of chefs who have lost their jobs because of the pandemic and have a strong interest in agriculture. The restaurant will be renamed quarterly to reflect the current chef-in-residence.

Blue Hill was one of several fine-dining restaurants criticized this year for lack of diversity, particularly at the senior leadership level, Northern California chef Preeti Mistry told Eater in an interview last month.

“The entire leadership is white — and mostly male, definitely all cisgendered, and probably all heterosexual,” Mistry said.

After the Blue Hill team secures financing and nails down details for this next project, he expects to announce the first chef-in-residence by the fall, with the first program starting in early 2021.