/sites/all/themes/penton_subtheme_restaurant_hospitality/images/logos/footer.png
Recent
Recent
This week's top 10: Restaurants find it hard to bring back employees, lawmakers debate improvements to PPP loans
May 28, 2020
Nancy Kruse and Bret Thorn on the direction of post-pandemic menu development and how restaurants will focus on safety
May 28, 2020
Los Angeles and New York City cap third-party delivery fees
May 27, 2020
Here’s how restaurant reservations are changing in the wake of COVID-19
May 26, 2020
Juan Padró of Denver’s Culinary Creative restaurant group gets ready to reopen dining rooms closed due to coronavirus
May 26, 2020
Featured
Marc Glosserman of Hill Country Barbecue Market looks to the restaurants’ future
May 21, 2020
CDC updates guidelines for reopening restaurant dining rooms and bars
May 21, 2020
COVID-19 dining room restrictions are eliminating hospitality practices that consumers have come to love
May 21, 2020
24 attorneys general urge Congress to fix broken Paycheck Protection Program
May 07, 2020 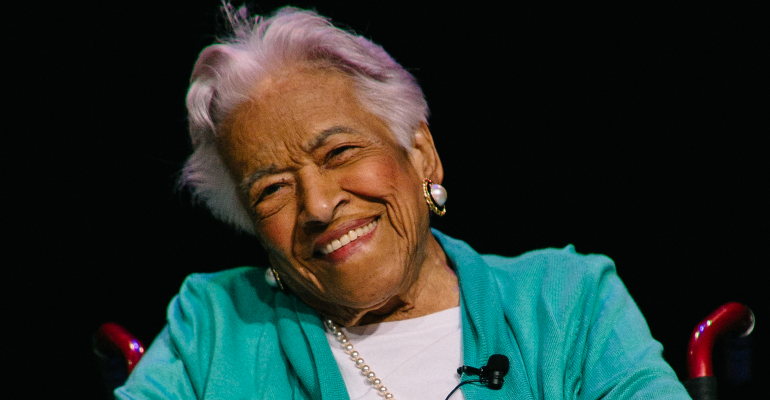 The restaurant world is mourning the passing of Leah Chase, chef and owner of Dooky Chase’s Restaurant in New Orleans, who died Saturday surrounded by family at age 96.

Chase hosted musicians, politicians and other celebrities at her landmark in the Treme neighborhood, originally opened as a street-corner shop for lottery tickets and po’boy sandwiches by the parents of her husband, musician Edgar “Dooky” Chase.

It later became a full-service restaurant, and Leah Chase added trappings of fine dining to the spot, which blossomed into a center for multi-racial gatherings in the segregated South. Dooky Chase’s became a crucible for the civil rights movement as well as a gathering place for musicians and other artists as well as a restaurant where African Americans could celebrate special occasions at a time when they were banned from other fine-dining establishments. 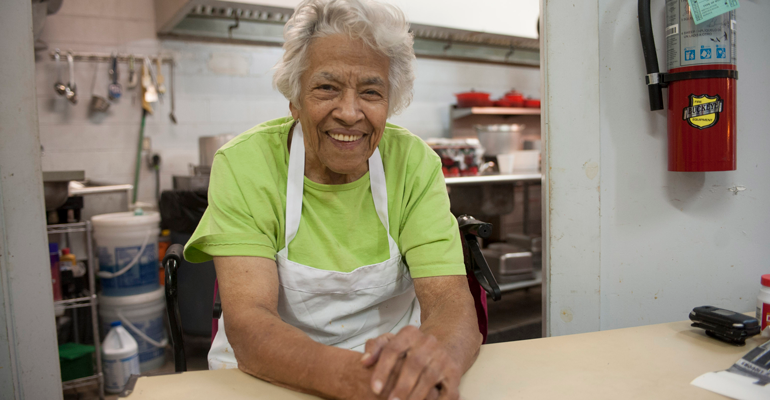 Chase was the warm hostess of this bustling institution and was known for her warmth and frankness combined with diplomacy and for the Creole food that came out of the kitchen.

“In my dining room, we would change the course of America over a bowl of gumbo and some fried chicken,” The New York Times quoted her as saying.

She inspired many people to be better versions of themselves, including celebrity chef Aaron Sanchez, who tweeted, “She inspired me to be the best and make no excuses.”

Rest in peace to the New Orleans legend, Leah Chase. She inspired me to be the best and make no excuses. pic.twitter.com/b7Ot1nibGn

She also was inspiration for Disney’s first African American princess, Tiana, in the 2009 film Princess and the Frog, who dreamed of opening the finest restaurant in New Orleans.

“She not only made the culinary world a better place, our whole world was better,” New Orleans chef Kevin Belton said on Twitter. “I will always remember the joy her family brought her, how she always welcomed everyone & how she loved to feed people.”

My heart broke to find out Ms. Leah Chase has passed away. She not only made the culinary world a better place,our whole world was better. I will always remember the joy her family brought her, how she always welcomed everyone & how she loved to feed people. pic.twitter.com/6DAtaOtVPe

Dooky Chase was closed for around a year and a half after it was flooded in 2005 by Hurricane Katrina, and New York City-based chef Floyd Cardoz tweeted his memory of meeting her three weeks after the storm.

“The spirit and strength I felt from her soul inspired me then, today and everyday,” he said.

Three weeks after Hurricaine Katrina, I met #LeahChase for the first time. Her neighborhood, restaurant and home were devastated in the flood. The area around Dooky Chase was destroyed. The spirit and strength I felt from her soul inspired me then, today and everyday #RIP

Chef, philanthropist and activist José Andrés thanked Chase on Twitter for making the United States a better nation and said that his charity organization, World Central Kitchen, would “pay respect to your legacy of feeding and healing one meal at a time.”

Chef Leah Chase, civil rights activist and legendary 'Queen of Creole Cuisine,' dies at age 96https://t.co/bmRFA3Oayt Thanks to People like her, we become a better Nation! At ⁦@WCKitchen⁩ we will pay respect to your legacy of Feeding and healing one meal at the time!

The New Orleans Advocate reports that Chase’s family will continue to run the restaurant, which family members said would reopen on Tuesday.