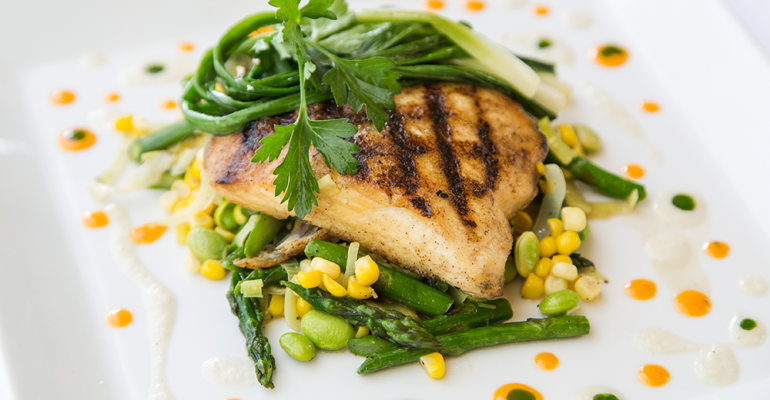 Chef teaches his cooks how to taste like a local

Commander’s Palace has long been a bastion of the Creole cooking of New Orleans — the unique and evolving culinary amalgamation of the people who have settled in the city: The French, of course, and Africans, as well as Spaniards, Native Americans, Italians, Germans and, more recently, Latin Americans and Vietnamese, among others.

And also Northerners, who have been running Commander’s kitchen since New Englander Emeril Lagasse became its executive chef in 1982 — and his predecessor, Paul Prudhomme, wasn’t a New Orleanian either, but a Cajun, and their food is considerably less citified than the Creoles’.

Lagasse was followed by Jamie Shannon, from New Jersey. Now running the kitchen since 2001 is Tory McPhail, who’s from the small town of Ferndale in northwestern Washington state. 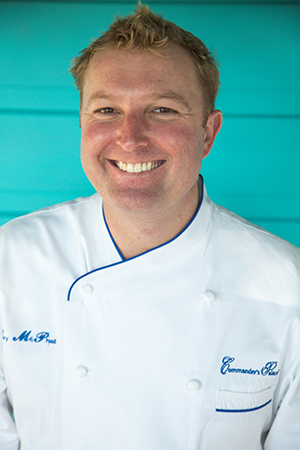 When McPhail (left) started telling me about his childhood, it reminded me of Prudhomme’s. The young Cajun would go into the garden to fetch vegetables for his mom to cook for dinner and he told me years ago that much of his early cooking career was a quest to reproduce his mother’s potatoes (it turned out that he was missing a key first step: going out to the garden and digging them up right before cooking them).

McPhail, too, came from a family of gardeners. His uncle was in the raspberry business, and everyone in the family had huge gardens, “loaded with all kinds of crazy stuff, from rhubarb to three or four different varieties of potatoes and carrots and corn and lettuce and peas,” McPhail said. Not to mention the orchard with blueberries, apples and pears. His parents would trade their crops with their neighbors and would give things like fruit preserves and pickled carrots as gifts.

McPhail liked cooking, but it didn’t immediately occur to him that it could be a career.

In high school he took an aptitude test that said he’d be a good florist or radio DJ, neither of which had particular appeal.

But then he started watching chefs like Martin Yan and Julia Child on TV, as well as “Three’s Company,” which starred John Ritter as chef Jack Tripper.

“I started thinking, if you go to a fine, fine, fine restaurant, everyone’s happy,” he said, and that seemed like a nice place to have a nice career.

And indeed, that’s what has happened. 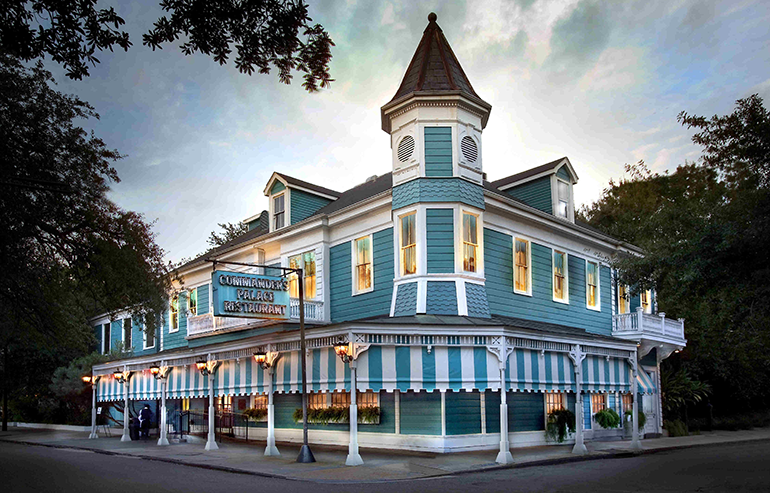 Tory McPhail follows in the culinary footsteps of such Commander’s Palace notables as Paul Prudhomme, Emeril Lagasse and Jamie Shannon.

He started by enrolling in the culinary arts program at South Seattle College, and they told him to get out of town: The Pacific Northwest has always had good food, but it was simple and ingredient-focused, McPhail said.

“A good meal up there was a piece of dill on top of halibut with salt and pepper and roasted on a cedar plank or something like that,” he said.

That’s all the rage now, but at the time it wasn’t exactly considered cuisine.

McPhail’s cooking instructors said that if he really wanted to learn to make fine-dining food, he should go to New Orleans, which he did in 1993 at age 19.

He ended up crashing on the couch of another South Seattle alumn, Luke Rinaman, who got him an interview with Shannon, who had taken over from Lagasse a couple of years before. Shannon put him to work as garde-manger, learning to make dishes like shrimp and tasso.

Commander’s Palace is a big place — they won’t even say how many seats it has — and an intense place to work, McPhail said.

Sister owners Ella and Dottie Brennan would sit on stools in the kitchen, supervise, taste their food and offer their opinions.

That’s a lot to take as a 19-year-old kid. So after two years, he took a break and spent six months on beach in Destin, Fla., before returning to work at Commander’s smaller sister, Palace Café.

He then went on to work at The Breakers, a legendary property in Palm Beach, Fla., where, at age 24, he became the youngest chef to run one of the resort’s restaurants, the Seafood Bar.

After two years there, he moved to London to work at L’Escargot.

“The food I saw there was very, very, very good,” he said. “After being chef at the seafood restaurant at The Breakers I was only good enough to work in the larder [pantry].”

He worked very long hours six days a week for seven or eight months and then made his way back to New Orleans via stints in the Virgin Islands and Las Vegas, returning to Commander’s Palace for good around 16 years ago and became executive chef at age 28.

Since then he has been “Creolizing” his cooks, as Ella Brennan, who passed away earlier this year, used to say.

It takes at least six months to do that, McPhail said, training their palates to react like a local’s.

“If you take a kid from New Jersey and you try to teach him to cook Creole in a couple of weeks, if the guy doesn’t know how to taste, what are you doing it for?” he said.

To do that, McPhail goes through 300 tasting spoons a day.

“Like Jamie [Shannon] did for me. … You’ve got to taste it literally at the same time, and say, ‘All right, what do you taste?’

“And somebody says, ‘Man, I taste lavender.’ No, maybe it’s the fourth thing.”

Much like with learning to taste wine, McPhail walks the cooks through everything they might taste in a Creole dish. It might start with salt, then thyme, then garlic before the lavender arrives on the palate.

But he’s also nurturing his staff — currently 12 sous chefs and around 50 cooks, although he’s hoping to add 10 cooks for the high season — as individuals.

Then, expectations are clearly defined.

“First and foremost, we’re going to be ladies and gentlemen no matter what, and if you can’t do that making salads then you have no business trying to do that with a piece of fish.”

While having personal conversations with everyone every day, as well as two daily staff meetings, McPhail is also revising the menu.

“Pan-frying stuff and having a big thing of clarified butter near your station, for me, those days are done,” he said.

That means their pecan-crusted fish — redfish, drum, speckled trout or whatever else is good at the moment — is no longer dredged in pecan flour, sautéed in fat and served in a rich cream sauce. 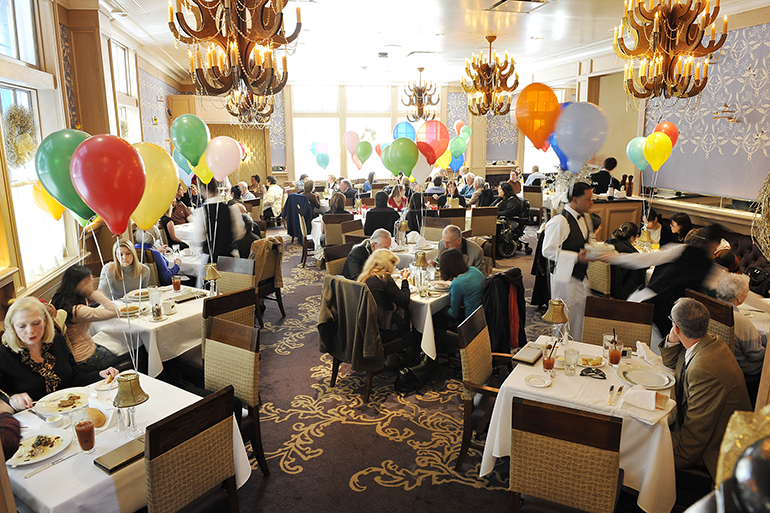 The New Orleans institution fills up fast for its Jazz Brunch. Commander’s Palace seats a lot of customers, but the restaurant isn’t saying exactly how many.

Now it gets the same Creole seasoning — salt, black pepper, paprika, cayenne, garlic powder, onion powder and thyme — but it’s seared on a griddle. Then he brushes it with whipped pasteurized egg whites adds some spicy pecans and roasts it. He serves that with corn, collard greens and roasted leeks with a corn-and-bourbon coulis.

“It’s very recognizable Louisiana flavors,” McPhail said. “It’s a Commander’s dish, but we take out all the fat and gluten, and that way people are ready to go out and party afterward.”