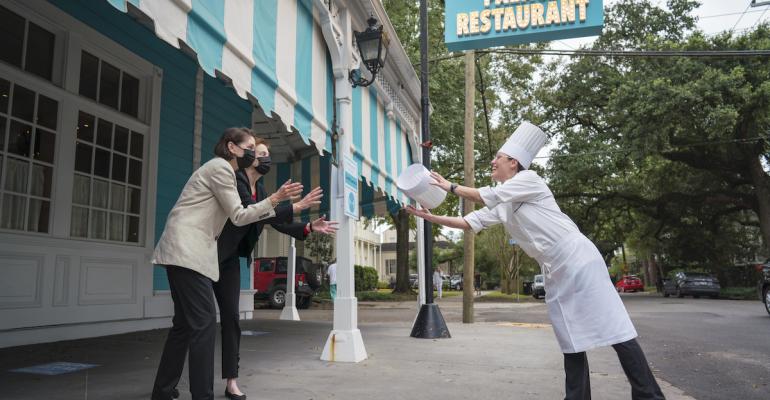 Megan Bickford has been promoted to executive chef from executive sous chef of Commander’s Palace, the culinary landmark in New Orleans, the restaurant said Monday.

She replaces Tory McPhail, who has run the restaurant’s kitchens for the past 18 years.

Bickford has been at Commander’s Palace since 2008, and before then she was executive chef of sister restaurant, Café Adelaide.

She was hired by the Commander’s Palace group after she graduated from the John Folse Culinary Institute in Thibodaux, La.

Bickford comes from a family with both urban Creole and rural Cajun influences: Her father is from New Orleans and her mother is from Larose, La., southwest of New Orleans on the other side of Lake Salvador in bayou country.

Commander’s Palace has a longstanding tradition of blending those two influences, dating back to the 1970s when country boy Paul Prudhomme became executive chef and worked with then-Commander’s Palace owner Ella Brennan to evolve the menu. 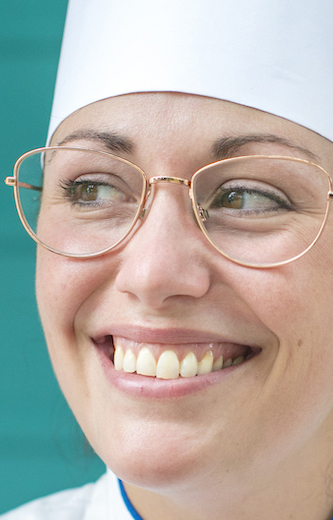 “Naming Chef Meg as our Executive Chef is a proud moment for us,” Commander’s Palace co-owners Ti Martin and Lally Brennan said in a statement. “Meg has always been a spitfire in the kitchen, a ball of energy with eyes darting about, seeing and learning everything. She is small but mighty and has the complete respect of our entire kitchen and restaurant. There is a sparkle in her eye and magic in those hands.”

Departing chef Tory McPhail, who is originally from Ferndale, Wash., is moving closer to family and will be leading culinary career development for a restaurant group in Bozeman, Mont.

“Walking into Commander's Palace every day as the chef has been an honor,” McPhail said. “I have had the pleasure to work with the family on and off for 25 years, serving as Executive Chef for almost 19 years, and it has been my greatest work. I am leaving Commander’s Palace in the very able hands of the family and Chef Meg. I have worked side by side with Chef Meg for over 12 years and she has been eager and hungry for a long time now. I couldn’t be prouder of her and I look forward to seeing her stamp on the legendary restaurant as it continues to evolve. I will miss this city that has become my home, the people here and the family environment at Commander’s Palace. It has been a helluva run!”

Brennan and Martin said seeing McPhail go is particularly difficult in the face of the pandemic.

“We've never missed hugging more than now as Tory McPhail moves on to his next ventures. We have known Tory since he was a teenager. He has given so much to Commander's and taken Commander’s to new heights. Tory has been a strong leader, a creative force, and a mentor to so many, and a friend to us. He will be dearly missed day to day, but our friendship will last a lifetime.”

Bickford said she looks forward to innovating at Commander’s Palace.

“For me, the future seems hidden in the past,” she said in the release announcing her promotion. “Studying New Orleans and Louisiana cooking inspires me to see where the past can intersect with the future. The possibilities seem endless. I want to dive deeper into all the influences on our cuisine. Creole cuisine has always and should always evolve, and our team gets excited about different flavors and ingredients that are shaping cuisine all over Louisiana right now. We are not about standing still. I am eager to keep moving it forward with the Commander’s team.”