Susan Bae has been named  executive pastry chef of Moon Rabbit at the InterContental Washington, D.C., at The Wharf. Raised in Los Angeles, Bae got her professional start in that city, working as pastry chef at Girasol, Kali and other restaurants before moving to Austin, Texas, for her most recent job before joining Moon Rabbit, working in pastry at the Fairmont hotel.

Judy Beltrano is the new chef de cuisine of Moon Rabbit at the InterContinental Washington, D.C., at The Wharf. She had previously worked with the restaurant’s executive chef, Kevin Tien at D.C. restaurants Emilie’s and Momofuku CCDC. She also has worked at local restaurants Wildwood Kitchen, The Federalist and Marcel’s.

Richard Chen is the executive chef of Red 8 restaurant at the Encore Boston Harbor.

A graduate of The Culinary Institute of America, Chen has spent much of his career in hotels, starting at the Chicago properties of Ritz-Carlton and the Peninsula. He then went on to open Wing Lei at the Wynn Las Vegas and Encore Resort. Most recently he was executive sous chef of Hard Rock Fire Mountain in Sacramento, Calif.

Lance Gillum has been promoted to chef de cuisine of Uchiko in Austin, Texas, following the departure of Edward Sura to parent company Hai Hospitality’s new Miami property. Gillum started working for Hai as a stagiaire at Uchi while attending culinary school in 2011. He then externed at Uchiko, and then went back to Uchi until he moved to Houston to be chef de cuisine of the Uchi location there in 2015. He returned to Uchiko as executive sous chef in 2017.

Bart Hosmer has been named corporate culinary director of HalfSmoke in Washington, D.C., where he is responsible for menu development of the restaurant, which is known for its sausages and wood-grilled entrées, as well as for launching Get Social, a virtual restaurant operating out of HalfSmoke specializing in a rotating selection of Detroit-style pizza.

Before joining HalfSmoke, Hosmer was senior director of culinary for Marriott International, and before that he was vice president of food & nutrition services at MedStar Health.

Caroline Kolaja is the new executive pastry chef of Michael Lachowicz’s George Trois Group in Winnetka, Ill. She studied baking and pastry at the Art Institute of California in San Diego and worked for several restaurants in the area before moving to Chicago in 2014 and working as pastry chef at Epic restaurant. Then she joined the Radisson Blue Aqua Hotel in Chicago as executive pastry chef. While working there, she was handed the reins of the savory chicken after the executive chef and senior team left, and she eventually became the hotel’s manager.

She later joined the faculty of Les Roches Chicago as adjunct pastry chef.

Her résumé also includes a stage at Tickets, a restaurant in Barcelona owned by the Adrià brothers, and work as a touring pastry chef for musical groups including Fleetwood Mac, Shakira and Def Leppard.

Joseph Leibowitz has been promoted to executive director of food & beverage and culinary operations of the Encore Boston Harbor. Previously he was the property’s executive chef. Before moving to Boston, he spent 13 years in various positions at the Wynn Las Vegas and Encore Resort.

Michael Lewis is the executive chef of Dry Creek Kitchen, Charlie Palmer’s restaurant at the Hotel Healdsburg in Healdsburg, Calif., which is slated to reopen Feb. 5.

Originally from Pasadena, Calif., Lewis worked in such Los Angeles-area restaurants as Bestia, Herringbone and Cento Pasta Bar, as well as Boulevard in San Francisco before moving to Napa Valley where he worked at The Lakehouse at Calistoga Ranch.

Chris Loftis is chef de cuisine at Pier 6 Oyster House in San Leon, Texas. He has been friends with executive chef Joe Cervantes since elementary school. The two also studied at the Art Institute of Houston together and worked at Olive Garden, Williams Sonoma and the Skyline Bar & Grill in Houston.

Loftis went on to be executive chef of Number 13 in Galveston, Texas. Most recently he was executive chef at Perry’s Steakhouse & Grille in Friendswood, Texas.

Blake Luecke has been promoted to chef de cuisine from executive sous chef of Uchi in Austin, Texas. The Michigan native got his start in California, working his way up the ranks of the Padre Hotel in Bakersfield to become its executive chef. He then let the restaurant at Villa Creek Winery in Paso Robles, Calif., before moving to Austin, where he joined Uchi in 2016.

Ryan Marcoux has been named executive chef of Grill 23 in Boston. Most recently the chef de cuisine at Boston Chops Downtown Crossing, he also worked at local restaurants Parsnip and Deuxave.

Originally from Puerto Rico, Pabon attended culinary school in Orlando, Fla., and has spent many years working for Hyatt at properties in Tampa Bay and Clearwater Beach, Fla.; Atlanta and, most recently, Santa Clara, Calif.

Keith Potter has been named executive chef of the Hyatt Centric Beale Street in Memphis, which is slated to open in March, overseeing the food at the lobby bar, Beck & Call whisky bar and CIMAS, a Latin-American inspired restaurant.

After getting culinary training at the Illinois Institute of Art, Potter worked at many notable Chicago restaurants including NoMI Kitchen, where he was executive sous chef, Perennial Virant, where he was sous chef, and the Chicago Athletic Association Hotel, where he was chef de cuisine. But most recently he was in California working as executive chef of the Ventana Big Sur.

John Ross is the new executive chef of Rare Steakhouse at the Encore Boston Harbor, a property he has worked at since it opened in 2019.

He was executive chef at the hotel’s Oyster Bar and Waterfront, but both are currently closed due to the pandemic.

Before joining Encore, he was executive chef at the culinary landmark Neptune Oyster in Boston’s North End.

Edward Sura is chef de cuisine of Uchi Miami, which opened in January. After working in many top Chicago restaurants, including Graham Elliot, Perennial Virant — where in 2016 he was named a semifinalist for the James Beard Foundation’s Rising Star Chef of the Year award —  and NoMI Kitchen, he joined Hai Hospitality, which owns Uchi, based in Austin, Texas, in 2018 and most recently was chef de cuisine of Uchiko in Austin. 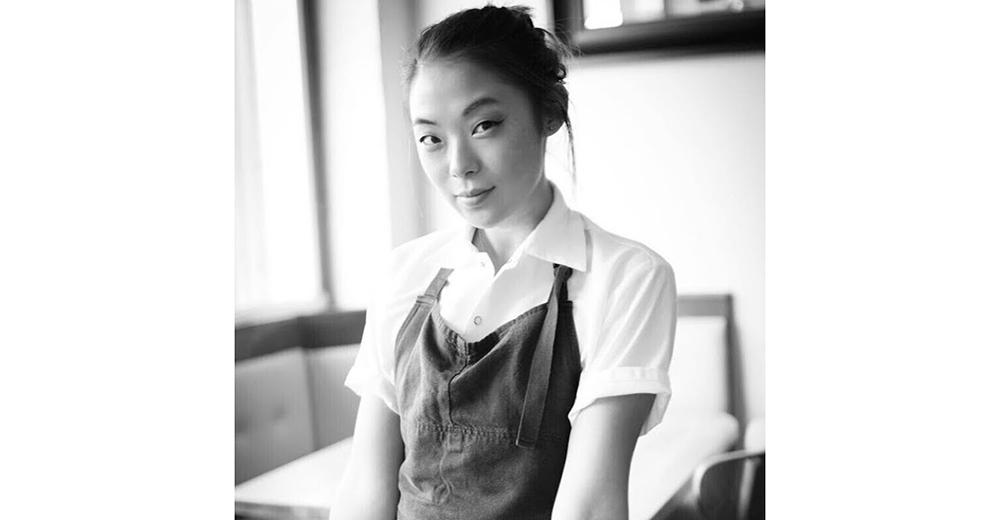