Chefs on the move: Shuffles at Hai Hospitality, the new crew at Moon Rabbit and more 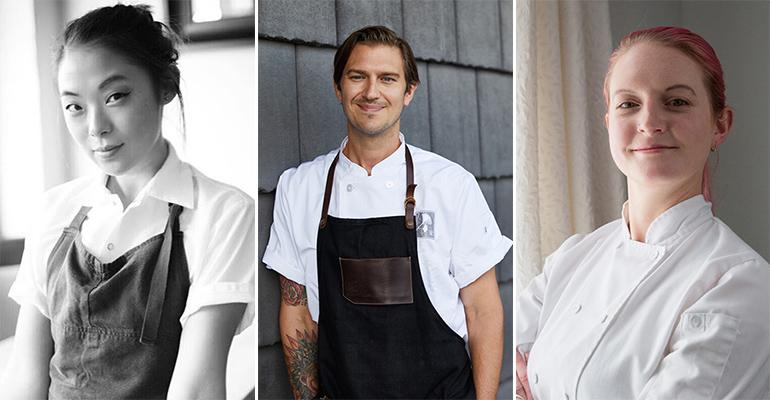 Moon Rabbit — Kevin Tien’s Vietnamese restaurant that replaces Kwame Onwuachi’s Kith and Kin at the InterContinental Washington, D.C., at The Wharf — has named its chef de cuisine and pastry chef.

Hai Hospitality, the group based in Austin, Texas, that operates the Uchi, Uchiko and Uchibā concepts, has opened an Uchi location in Miami, resulting in promotions at a couple of the Austin properties.

The Encore Boston Harbor has new chefs for its Chinese restaurant and its steakhouse, and it also has promoted the hotel’s executive chef to the position of director of food & beverage and culinary operations.

HalfSmoke in Washington, D.C., has hired a corporate culinary director who also directed the rollout of a virtual Detroit-style pizza concept.

Michael Lachowicz’s George Trois Group in the Chicago suburbs has a new pastry chef, Charlie Palmer’s Dry Creek Kitchen in California’s Sonoma Valley has a new executive chef, Joe Cervantes of the recently opened Pier 6 Oyster House in San Leon, Texas, has hired an old friend as his chef de cuisine, there are new chefs at Grill 23 in Boston and the Quirk Hotel in Charlottesville, Va., and the Hyatt Centric Beale Street in Memphis, which is scheduled to open in March, has named its executive chef.