After graduating from culinary school in Mangalore, India, Bhatt worked at Radisson, Marriott and Four Seasons properties in India before moving to California as sous chef of the Four Seasons Hotel Westlake Village.

He then returned to India and worked at the Fairmont Jaipur before moving to Vancouver where he was executive sous chef of the Fairmont Hotel Waterfront before taking the position in Edmonton.

Vincent Cortese is the executive chef of Bar Boulud in New York City. Originally from Edison, N.J., Cortese worked in fine-dining restaurants in his home state before moving to New York City in 2011 to be a junior sous chef at Del Posto. The next year he joined Daniel Boulud’s Dinex Group working under executive chef Jean François Bruel at Restaurant Daniel, starting as chef tournant and working his way up from there.

He went on to open Aggio Restaurant in Baltimore, and then came back to New York to Del Posto, where he was executive sous chef and then chef de cuisine before eventually retuning to the Dinex Group in his current position.

Thomas Dritsas is the new concept chef of Whiskey Cake Kitchen & Bar in Dallas. He has spent the past 20 years in culinary positions for the Del Frisco’s Restaurant Group, most recently as chief culinary officer.

Sam Hazen, the chef behind the high-grossing Tao restaurant concept in New York City and Las Vegas, is the new culinary director and executive chef of The Highlawn (recently rebranded from The Highlawn Pavilion) in West Orange, N.J.

Hazen also was culinary director of the B.R. Guest restaurant group in New York and prior to that worked at La Côte Basque, the Quilted Giraffe, Terrace in the sky, Cascabel and Tavern on the Green in that city, as well as le Gavroche, le Manoir aux Quat’Saisons and Waterside in the United Kingdom.

While at Tao, he also conceived of and opened Rue 57, Avra and Bolzano’s. He also was chef of Veritas in New York City.

His sous chef, Michael Aiello, has previously been executive chef of Palm Too, executive sous chef of Lambs Club and sous chef at Rock Center Café, The Sea Grill and, most recently, Ferris, all in New York City.

Samuel Kaufman is executive sous chef of Luminary Hotel & Co. in Fort Myers, Fla. He joins the property from the Gaylord National Harbor in National Harbor, Md. Before that he was the executive chef of the Sheraton Pentagon City in Arlington, Va.

Shaun King has been named chef de cuisine of Uchiko’s second location, in Houston, which is slated to open later this year.

King most recently was in Portland, Ore., with his own restaurant, Bar King, which opened just before the pandemic struck. Prior to that he was executive chef of Momofuku in Las Vegas.

Marcos Leal has been named chef de cuisine of Loro Houston, a Hai Hospitality concept slated to open this fall. Leal grew up in Houston working his way through kitchens, getting his big break as lead cook at the Wolfgang Puck Express. He then was executive sous chef at Hotel Galvez in Galveston, Texas. Then he worked at Jasper’s, followed by jobs in corporate recipe development and work in high-volume kitchens such as Topgolf.

Jean-François Lehuede is executive pastry chef at the Waldorf Astoria Monarch Beach Resort & Club in Dana Point, Calif. Originally from France, Lehuede’s first job outside that country was as head pastry chef of The Datai Langkawi in Malaysia. Then he was head pastry chef of The Excelsior Hotel in Hong Kong, followed by a stint at the Mandarin Oriental in Kuala Lumpur, Malaysia. He has spent the past two decades in Southern California, first at The Ritz-Carlton Laguna Niguel and then at The Resort at Pelican Hill in Newport Beach, Calif.

Michael McMullen has been promoted to executive chef of Rosen Centre in Orlando. He has been with Rosen Hotels & Resorts since 2006, and before then he was at the Hyatt Grand Cypress in Orlando.

Xavier Santiago is the culinary director of The Place 2 Be in Hartford, Conn. Most recently he was executive chef of Carbone’s Prime in Rocky Hill, Conn. Before that he worked at Foxwoods Resort Casino in Leydard, Conn., as chef de cuisine of David Burke Prime and Caputo Trattoria.

He also won a season of the Food Network’s Chopped in 2019.

Joshua Smith is executive chef of Delilah at the Wynn Las Vegas. The Las Vegas native got his first executive chef job at age 25 at Seablue by Michael Mina. Then he worked at Anisette Brasserie, Church & State Bistro and Blue Cow Kitchen by Mendocino Farms in the Los Angeles area as well as L20 in Chicago. He also worked for the fine-dining Greek seafood concept Estiatorio Milos.

Smith returned to Las Vegas in 2014 to work at Bardot Brasserie, a Michael Mina concept at Aria, where he spent six years as executive chef before joining the Wynn Las Vegas.

Jon Sterret is the new executive chef of The Red Lion Inn, a Main Street Hospitality property in Stockbridge, Mass. Originally from Pittsburgh where he started working at McDonald’s, he went on to be executive chef of Nordstrom Marketplace Café and then worked at the Fairmont Pittsburgh. Next he was sous chef at Superior Motor restaurant and then was head chef of Senti Restaurant and Wine Bar. Before joining The Red Lion Inn he was at the Distrikt Hotel in Pittsburgh. 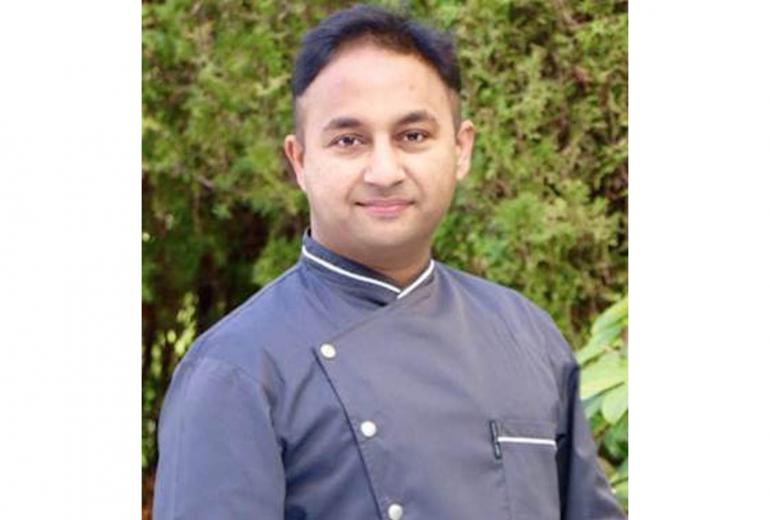 Next Up
Chefs on the Move: New positions for Gerard Craft and Jason Franey
Start Slideshow ›