Chefs on the Move: New culinary positions at restaurants and hotels in the United States 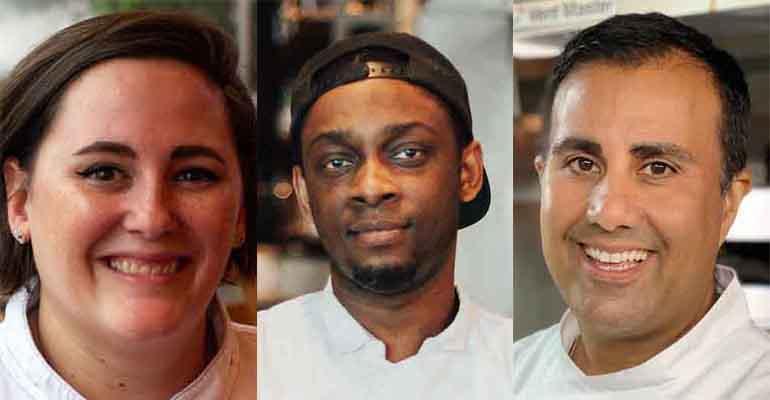 The last quarter of 2019 was a big one for chefs getting new jobs, so we split our roundup into two parts.

In this gallery you’ll see that Brian Arruda is running the kitchen at Boulud Sud in New York, Desmond Chow is now at Pabu’s Boston location, and that Chicago-based hospitality and live music group 16” on Center has a new culinary director.

Additionally, new desserts can be found at LondonHouse in Chicago thanks to Thomas Gorczyca and at Trace at the W hotel in Boston made by Wade Greenwood. Sarah Mollerstrom has moved back to the San Francisco Bay area and is now executive pastry chef of Epic Steak.

The kitchen at Kōyō, a sushi and kaiseki place in New York, is being run by Darry Liu, and husband-and-wife team Bradley Nicholson and Susana Querejazu will be running the savory and pastry offerings, respectively at Lutie’s Garden at the Commodore Perry Estate in Austin, Texas, which is slated to open this spring.

Read on to learn about more chefs and their new jobs.