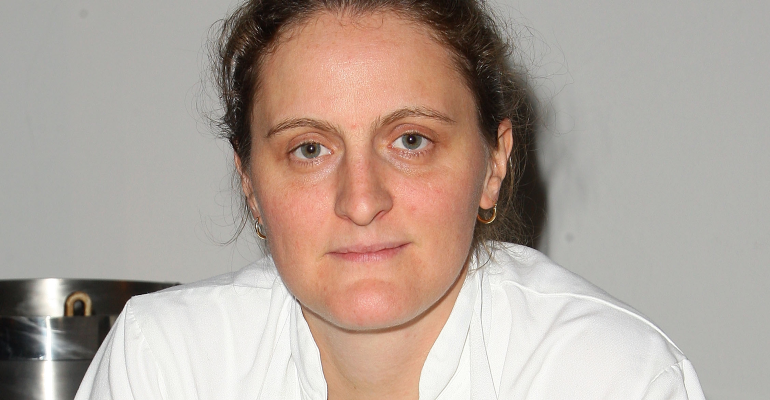 April Bloomfield, former chef-partner of New York restaurant The Spotted Pig, said she was naïve, ignorant and intimidated when it came to dealing with her scandal plagued business partner Ken Friedman, according to an interview with The New York Times.

In her first in-depth conversation about Friedman’s alleged sexual misconduct at his restaurants, the British born chef expressed regret for not doing more to protect her staff.

“I failed a lot of people,” she told the Times. “That’s on my shoulders.”

Still, she said she was unaware of incidents where employees were being physically abused, or coerced, she told the publication.

In August, Friedman and Mario Batali came under investigation by the New York State attorney general for allegations of sexual harassment and workplace discrimination at the Spotted Pig. The probe came after several female employees accused the famed New York restaurateur of sexual harassment in a Times article published last year.

The alleged misconduct sent the business into a tailspin, with Bloomfield announcing her split from Friedman this summer.

Yet, beyond a few brief statements, she has never discussed the allegations at length until now.

She told the Times that she had confronted Friedman about his unprofessional and inappropriate behavior, such as openly flirting with staffers.

Eventually, she turned a blind eye to the chaos in the front of the house. She kept her head down and focused on the kitchen, which she often ruled with a short temper, she said.

“It’s like I decided to control what I could control,” she said in the article.

Though they were partners, she said she was often intimidated by Friedman, who helped launch her career in 2003. She often thought of an exit strategy but never pulled the trigger until forced to this summer.

“I felt like I was in a position where he held all the cards,” she told the Times. “He had so much control, and he was so dominant and powerful, that I didn’t feel like if I stepped away that I would survive.”

She said she is now seeking therapy and trying to reach out to victims, according to the report.

A representative for Bloomfield could not be reached for additional comment.

In the June split with Friedman, Bloomfield took control of Hearth & Hound in Los Angeles and Tosca Café in San Francisco.  She also remains the chef at Breslin Bar & Dining Room and the John Dory Oyster Bar in New York, both located in the Ace Hotel.

Earlier this month, the operators of the Ace Hotel, where two Ken Friedman restaurants operated, have sued Friedman for falsifying the amount of money the two restaurants were earning. The Ace is asking for more than $5 million in the breach of contract suit.

Meanwhile, the future of The Spotted Pig remains unclear. Friedman has stepped away from daily operations of the restaurant. In June, chefs Gabrielle Hamilton and Ashley Merriman, co-owners of the celebrated Manhattan restaurant Prune, said they would enter a partnership with Friedman to take over The Spotted Pig. They reportedly pulled out of the deal two months later.