8 female pastry chefs breaking out of the ‘pink dungeon’ 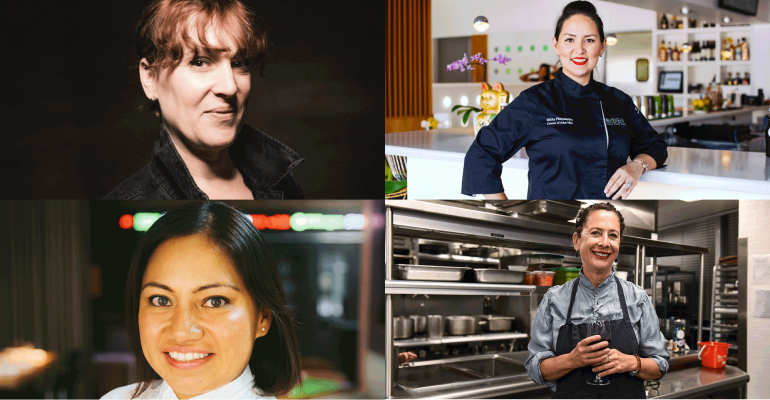 The upcoming Netflix program “Chef’s Table: Pastry” has sparked controversy about gender and the role of pastry chefs in restaurants.

The trailer debuted this week for the show, which will feature Will Goldfarb of Room4Dessert in Bali, Corrado Assenza of Caffè Sicilia in Sicily, Jordi Roca of El Celler de Can Roca in Spain, and Christina Tosi of the growing Milk Bar chain in the U.S.

The fact that the show features three men and one woman did not sit well with some industry observers. Pastry is a culinary arena dominated by women, so why are there so many men on the show?

It’s not hard to find successful female pastry chefs. For the second year in a row, all of the James Beard Foundation Award finalists for Outstanding Pastry Chef are women. And according to Food & Wine, 85 percent of baking and pastry students at the Culinary Institute of America are women.

But female domination in pastry is both a blessing and a curse, the Washington Post said.

Some in the industry have called the pastry station the “pink ghetto,” or “pink dungeon,” a position where women are accepted but have difficulty moving beyond.

The case could be made today, however, that pastry is no longer purgatory — for women or men.

Tosi, for example, represents a new era of female pastry chef that has broken away from that stereotype.

Founded as part of David Chang’s Momofuku Group, Milk Bar last year received a strategic investment from RSE Ventures — co-founded by owners of the Miami Dolphins professional football team —  which set the dessert concept up for new growth, with Tosi at the helm.

Many other women who first earned their stripes in pastry have pushed career boundaries. Here are just a few women who have refused to be caged in any pink dungeon.