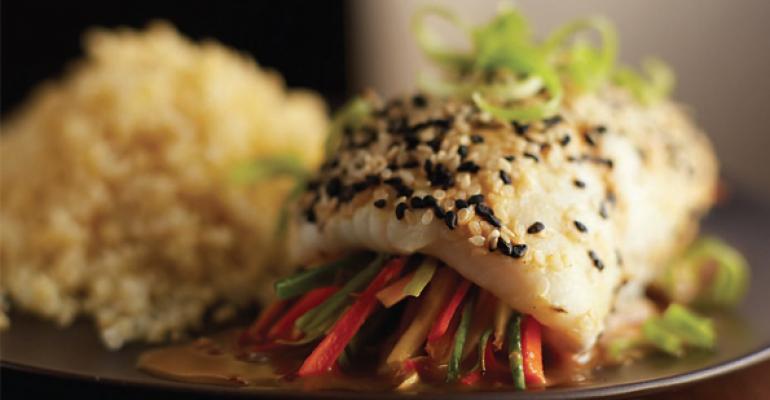 Going with the grain

With influences such as global cuisine and the USDA Dietary Guidelines for Americans 2010 stressing whole grains, more grain-based dishes are migrating to the center of the plate.

Tapping into this resurgence of interest in global grains, we offer recipes demonstrating menu possibilities not only for rice and pasta varieties, but also millet, barley, farro and quinoa.