Thanks for the advice, dad!

The Food & Wine Classic in Aspen takes place over Father’s Day weekend, so we decided to ask some of our favorite chefs and restaurant operators about the best or worst advice their fathers game them. 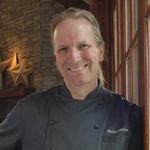 My father was a tool salesman and a really great one; a simple, wonderful man. The best advice he ever gave me was that you’re going to have to sell yourself in life but you’d better first be able to make sure the product is worth selling. You’ve got to be able to stand behind yourself.

The worst advice he ever gave me was to get a job in industry, put in your 25 years and get your pension. Obviously I didn’t pay attention.

My father taught me how to run a restaurant by teaching me to walk through it. Every day before he opened his restaurant [Hickory House in Oklahoma City], he’d walk through and check every nook and cranny. He tasted everything that was on the line to make sure that the guest experience would be the same every time they came in. To this day, I do that before we open our doors.

Even though we worked together in his steel forging business, and as much as he enjoyed me supporting him and working side-by-side with him, his advice was for me to follow my passion and dream and do my own thing. His company made steel, so I like that we both cook things, but his ovens are at a much higher temperature. 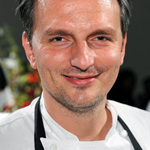 Andrew Carmellini, chef/owner of The Dutch in New York City and Miami Beach

My dad is a man of few words, so his best advice was more a demonstration of work ethic. He’s a very honest guy who worked with marble and terrazzo, and he loved his job. So, I was inspired by the way he did things and I use his example to live my life the same way.

He did give me bad advice once and I joke with him about it. I moved to the East Coast to go to cooking school and he told me before I left, “And don’t go to New York City!” He may have had a bad experience or a preconceived notion about New York, but for me it’s the most amazing city and I’ve lived there for 22 years. It’s home. 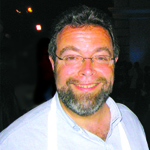 My father’s advice was that ultimately you’d be able to count your friends on one hand. But at the time when I was younger I had so many friends I didn’t quite believe what he was saying. But as got older, I realize it was sage advice.