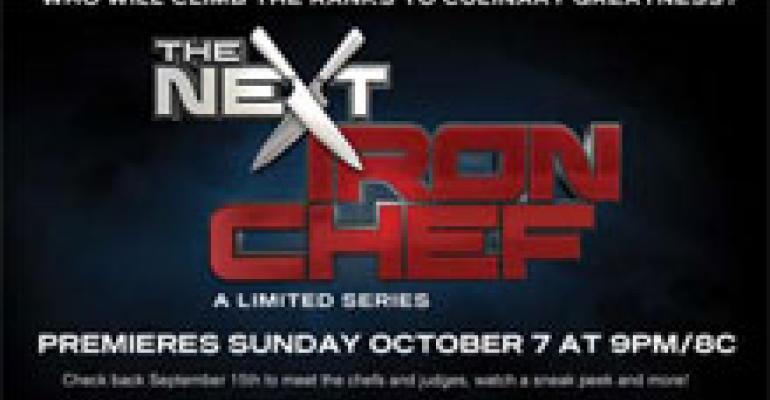 Drama In Every Dish

Nearly a year ago, I lamented that reality cooking shows were inherently flawed because they would never attract chefs who could actually cook, chefs who could lead a two- or three- or four-star restaurant. Those guys, the chefs and chefs de cuisine at America’s best restaurants, were, one, too busy and working too hard at what they were good at to devote several weeks to a television show for which they wouldn’t be paid, and two, wouldn’t think of ruining their reputation by submitting to a cheesy cooking competition created by Hollywood producers who couldn’t define mirepoix or give two definitions of blanch, and to the petty backbiting and trash talk the producers elicit outside the kitchen to keep the audience interested.

Last summer, I got a call from Bruce Seidel, an executive VP of programming at the Food Network, asking me if I’d consider being a judge on a reality cooking show the network was planning. The show, Seidel said, would chronicle eight chefs competing in various locations, both here and abroad, to become the fifth Iron Chef America. They included, among others, Traci des Jardins in San Francisco and John Besh in New Orleans, both of them Beard Award winners whom I knew by reputation. Both run hugely popular and critically acclaimed restaurants. Such was the caliber of chef that, by virtue of the popularity of Iron Chef America, one of the network’s most popular shows, it was able to attract chefs who were leagues above the Howie’s, Clay’s, and Tre’s from Top Chef and light years beyond the caterers and short order cooks of Hell’s Kitchen.

This was exactly what I thought couldn’t happen. But of course—only the Food Network had the clout to lure people who were both excellent cooks and successful chef-restaurateurs, with their Iron Chef set-up and the extraordinary publicity it garners for the chef. I was thrilled to join the show, a six-episode special that airs this month, as one of three judges along with host, foodgeek- on-steroids Alton Brown.

The critics and the bloggers will debate the merits of the show, but what intrigues me now is what I learned about successful food shows. One of this show’s producers, Stephen Kroopnick of Triage Entertainment in Los Angeles, and I were talking about the Iron Chef show, looking back to the original, campy version. Kroopnick said, “The Japanese turned food into narrative in a way that hadn’t been done before.”

Narrative—imagine that. Narrative is the vehicle for meaning, whether that meaning is simply a story that entertains or one that informs. Novelists and other story tellers, of course, are overtly conscious of narrative. Reality shows create their narrative out of the situation, whether it’s an island or a kitchen. On Hell’s Kitchen the narrative is simplistic: How will Ramsay belittle and abuse his bungling line cooks this week, and what kind of back-biting will ensue? Top Chef does seem to have some good cooking on the show but is likewise driven by personality clashes rather than by the talents, ingenuity or failure of the chefs.

The narrative drive of Next Iron Chef America, though, doesn’t come from the usual dramatic levers. “It’s all about characters and dealing with the challenges,” Kroopnick says. “We knew there wasn’t going to be the back biting that drives other reality shows. We knew [the chefs] wouldn’t do it—they have too much respect for each other.”

So if their show lacks this particular motor, where will the narrative drive come from? The food and the cooking? I hope. “Each chef has an emotional arc with each dish, and each dish has its own story,” says Michael Pearlman, who directed the show.

Throughout the filming, Pearlman was typically seated in a small room at the Culinary Institute of America, say, or a downstairs hallway of an overseas diplomat’s house scanning several screens and barking instructions into the cameramen’s earphones.

“When there are seven chefs, there are seven football games I’m watching,” he says, adding, “The chefs were amazing and the food was great—it’s going to be a fun show to watch.”

I hope so, but can this work—a reality cooking show where cooking is central? If it can, it bodes well for the future of food television. All television needs some kind of narrative, the stronger the narrative, the more entertaining it is. But do viewers know enough about food to feel some dramatic tension when a chef is given less than an hour to cook tripe? I don’t know. I do feel certain that no one starts blubbering from the stress—what is it with all this crying on reality food shows? “It’s stressful,” says Seidel, giving me a look—that at the very least will be a welcome relief on reality cooking shows.

But I want one more step to take place if this works. I want this narrative to cross over into the cooking shows, to the so-called dump-and-pours that fill up daytime food TV and PBS Saturday mornings, a format pioneered by Julia and Graham Kerr decades ago. It was given new, albeit temporary, life by Emeril and his Late Show format. I want to see the howto shows develop a narrative story line about the food as a matter of course. Then food TV may really be getting somewhere.