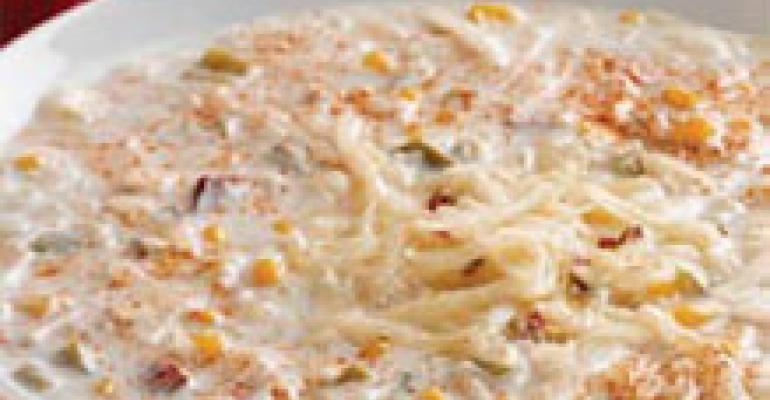 Add corn and chiles. Cook and stir another minute. Add broth; bring to a boil. Stir in refreshed potatoes and salt. Cover pot and reduce heat to low. Simmer chowder, covered, about 10 minutes or until vegetables are tender.

Uncover pot. Stir in half & half. Heat completely but do not boil. Add liquid smoke. Hold chowder warm for service. Ladle 11⁄2 cups chowder into each serving bowl. Garnish each serving with 1 oz. shredded cheese and sprinkle with paprika.