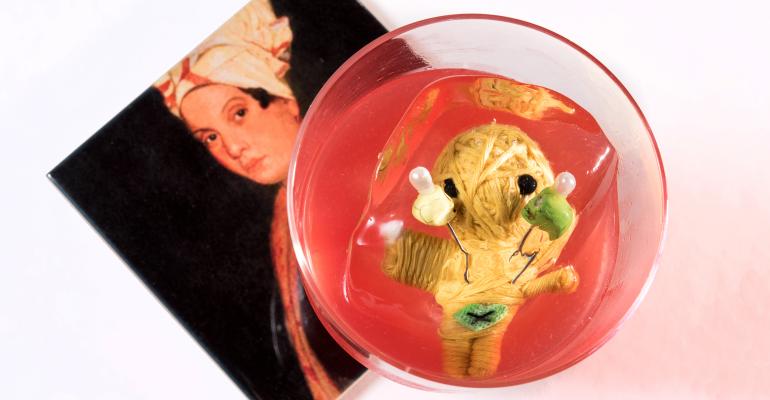 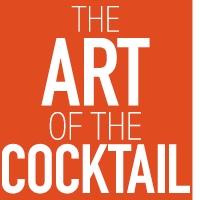 Where to find it: Grant Grill and Lounge, San Diego

Trend: Freezing objects in ice that guests can take home

The Grant Grill Lounge at the U.S. Grant Hotel in San Diego hosts themed events a few times a year. One event earlier this year had a voodoo theme as a fundraiser for the nonprofit Hope for Haiti.

Jeff Josenhans, the hotel’s director of food and beverage, said he worked with the organization to develop the cocktail in a way that evoked voodoo’s origins, but didn’t come across as overly kitchy or cliché. “Voodoo rituals still exist there, and we wanted to make sure not to offend anyone,” he said.

Josenhans decided to celebrate the life of Marie Laveau, a voodoo priestess from New Orleans who was of Haitian descent.

The cocktail is made with Haitian rum, curacao and a pétillant-naturel, a natural sparkling red wine, flavored with tobacco bitters named for Laveau herself under the brand Bitter Queens. But the pièce de résistance was the tiny voodoo doll frozen into the single block of ice in the drink, which is also served on a tile with the image of Laveau from a historical painting.

Josenhans said he bought hundreds of the little voodoo dolls and specialty tiles, which guests can take home, though the dolls end up a bit wet.

“That’s a trend you’ll see go crazy,” he said of the idea to freeze something in the ice, which is operationally beneficial, since it’s all prep work and such drinks need no additional garnish.

“It leaves an impression on guests that is quite memorable. People were dumbfounded by how it got in there.”